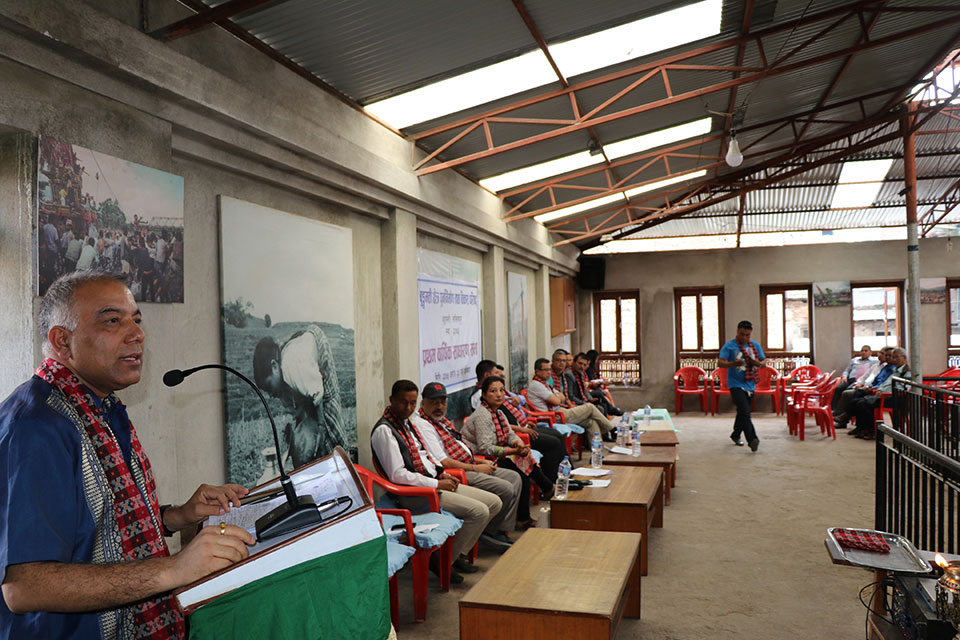 LALITPUR, Oct 8: Chief Executive Officer (CEO) of the National Reconstruction Authority (NRA), Sushil Gyawali, has said that the authority has brought programs focusing on the traditional reconstruction of heritages such as the Bugmati settlement.

Addressing the first annual general convention of the Bugmati Area Reconstruction and Development Council (BARDC) on Saturday, NRA chief Gyawali said that the authority has decided that an additional Rs 50,000 will be provided per household if they reconstruct their houses in the traditional way. He also said that the authority is ready to assist the house owners in the reconstruction.

Emphasizing the importance of the traditional settlement, Gyawali said, “If the settlement is reconstructed so as to give it a traditional look, the settlement can be a major tourist destination for both domestic and foreign tourists. Then, tourism can be the source of livelihood for the locals.”

Member of Parliament form the area, Pampha Bhusal said that a ring road should be constructed encompassing all the tourist destinations in the valley including Bungmati. “The prosperity of the area can only be possible through art, culture and heritage conservation,” she said.

In the function, member of Provincial Assembly of Province 3, Jeevan Khadka, said that the locals too should put their efforts in order to make the master plan successful.

Gold price increases by Rs 500 per tola
18 minutes ago