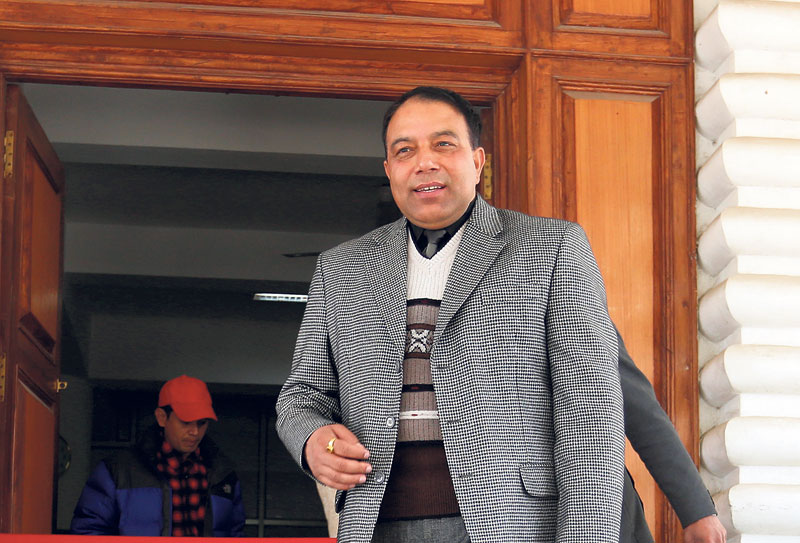 Gyewali filed a writ petition at the apex court arguing the government decision to remove him was against the legal provisions.

He has claimed that the decision of council of ministers to remove him from the position “despite his clarifications with evidences” could not match the government’s allegation that he could not perform his responsibility.

He has also claimed that he was removed from the position prematurely. Gyewali, in his petition, has demanded that the court stay his sacking.

A meeting of Council of Ministers last Wednesday had sacked Gyewali from the post and had appointed former vice-chairman of the National Planning Commission Govinda Raj Pokharel to the post.

The Government of Nepal, the Office of Prime Minister and Council of Ministers, cabinet, prime minister, NRA and newly-appointed CEO Pokharel have been named as defendants in the petition, which demands annulment of the sacking through a writ of certiorari.