Sushil Gyewali back at NRA 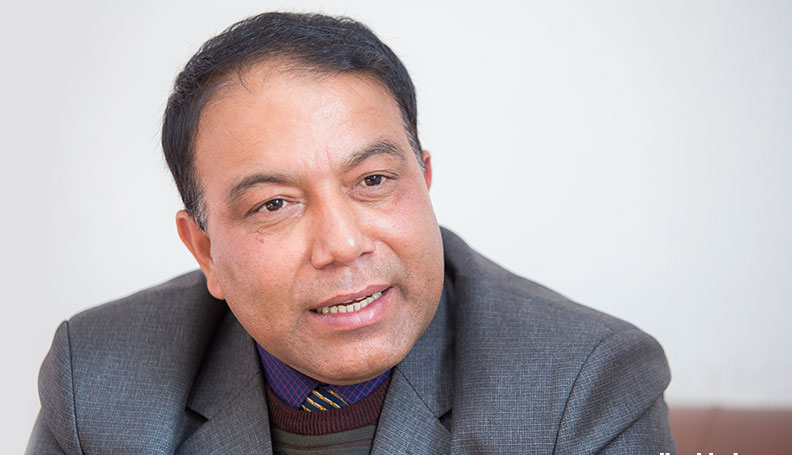 A cabinet meeting on Tuesday night decided to reappoint Gyewali as the new NRA chief. Gyewali himself confirmed about his appointment. He has made a comeback to the post 31 months after his removal.

Prime Minister KP Oli had appointed Gyewali as NRA chief in December, 2015 during his first stint as prime minister only to be sacked by the Pushpa Kamal Dahal-led government after a little more than a year. The tenure of the CEO is for five years.

During his tenure as CEO, Gyewali led the administrative tasks required to kickstart the post earthquake recovery but the subsequent coalition government of the Nepali Congress and the then CPN (Maoist Center) led by Pushpa Kamal Dahal sacked the Oli’s appointee and picked Govinda Raj Pokharel of Nepali Congress in January, 2017.

While removing Gyewali, the then government had argued that the NRA under his leadership had failed to expedite the reconstruction and rehabilitation tasks as per the expectations of the earthquake victims even a year after his appointment.

After leading the NRA for seven months, Yuba Raj Bhusal replaced Govinda Raj Pokharel after the latter resigned to contest the parliamentary elections. Pokharel was earlier appointed by the Sushil Koirala-led government to head a reconstruction authority but as the then government failed to replace the ordinance of the authority with the bill, the authority was dissolved. Later, the Oli-led government formed the NRA by endorsing the Reconstruction Authority Act through the parliament and Gyewali was appointed CEO in December, 2015.

But the subsequent coalition government of the Nepali Congress and the then CPN (Maoist Center) led by Pushpa Kamal Dahal sacked Gyewali and picked Pokharel again in January, 2017.

After serving for barely seven months, Pokharel resigned from NRA to contest elections and the Sher Bahadur Deuba-led government appointed Yuba Raj Bhusal, who is loyal to Nepali Congress, as Pokharel’s replacement.

But on July 5, the Oli-led government made an abrupt decision to terminate all the appointments made by the erstwhile government of Sher Bahadur Deuba, which led to the termination of the appointment of CEO Bhusal. Since then, the CEO post was lying vacant.

Following his removal in 2015, Gyewali had moved the court against his sacking. Sources said that it took almost a month to appoint him as the government asked him to withdraw his case from the court and the paperwork needed some time.