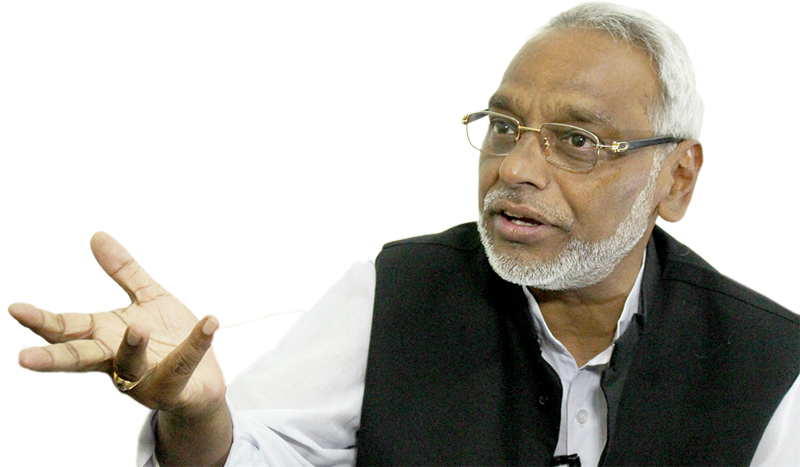 Bir Bahadur Balayar accused CPN-Maoist chairperson Pushpa Kamal Dahal for being unfaithful towards the Comprehensive Peace Accord (CPA). “Dahal’s irresponsibility had forced Biplav and Baidhya faction to spark another revolt in the country,” he said. Balayar is the Minister of Physical Infrastructure and Transportation and central committee member of the Nepali Congress.

Rs 5m for families of deceased of Madhes revolution

Rastriya Janata Party Nepal (RJPN) announced that Madhesh government will provide Rs 5 million to the family of deceased during the Madesh revolution. The party also promises free education to children and employment for one.

The Election Commission (EC) has disapproved the government request to transfer six under-secretaries. The EC denied approving the government decision over the matters as Ministry of Home Affairs had written a letter to it for the same on November 21.

As many as 53 voting areas in Dadeldhura district have been identified as sensitive from the security perspective. Out of the total 77 voting areas in the district, 16 are categorized as highly sensitive, 37 sensitive and 24 as normal.

The Central Bureau of Investigation (CIB) has arrested Rinpoche Tulku Lama for alleged involvement in rape from Dakshinkali Gumba. Two victims have come forward claiming that the Rinpoche had lured them of medical treatment only to rape them.

Nepal lost to the United Arab Emirates (UAE) by five runs in today’s ICC Women Cricket Worldcup T-20 Asia Cup qualifiers in Thailand. UAE batted first and scored 79 runs at the loss of seven wickets in the allotted 20 over. Nepal made 74 runs at the loss of nine wickets.