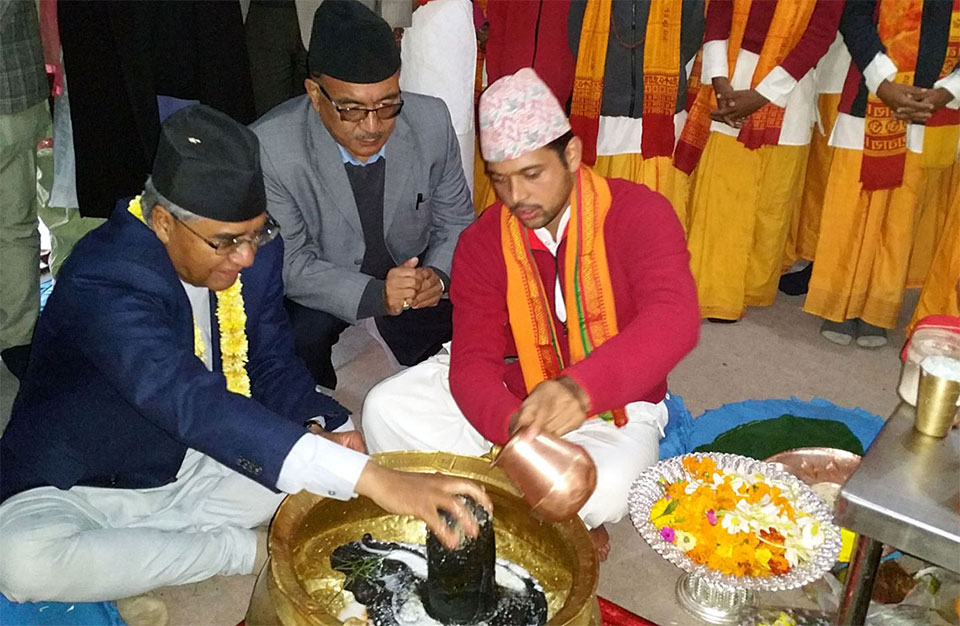 Maoist cadres attempted to attack on Devyani Rana in Sindhupalchowk. Rana was on her way to meet a local leader of Nepali Congress, Yagya Prasad Dangal’s home at Kalleri, Sangachowk Gadi-7. Around 40 motorcycles had followed Rana’s unescorted vehicle to stop her in front of Dangal’s home before attempting to attack on her. Following the incident, she returned home—with the cadres tailing her vehicle on their motorcycles.

North Korea appears to have replaced all of its guards at a jointly patrolled border area where a North Korean soldier defected last week under a hail of gunfire, South Korean media said Friday. Military officials said they could not confirm the report.

Yonhap news agency cited an unnamed intelligence source saying there were “signs” the North had replaced its entire security force of 35 to 40 men at the Joint Security Area. South Korea’s Defense Ministry and the U.S.-led United Nations Command said Friday they couldn’t confirm it.

Distribution of voter identity cards have been started from today for the first phase election of House of Representatives and Provincial Assembly held on coming Sunday in 32 districts. Election Commission has allocated Friday and Saturday to distribute the cards from concerned polling  of 32 districts for the first phase of the election of November 26. For the second phase December 7, EC declared the date of December 5 and 6; the voters can receive their cards from the officials deployed in concerned polling of 45 districts.

KATHMANDU, Nov 24: Election Commission's team led by Commissioner Sudhir Kumar Shah today has observed the election publicity campaigns and materials used for the same in various parts of the capital. The team carried out an onsite inspection at Chabahil, Pashupati Mitrapark, Baneshwar, Sangamchok, among other places.