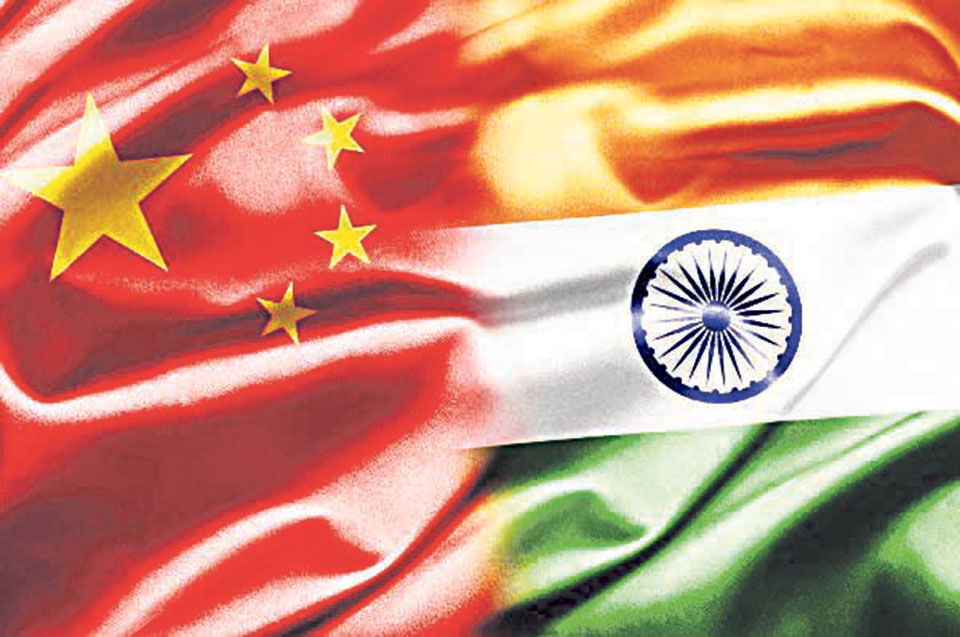 Krishna Prasad Sigdel’s book reads like a primer on Nepal’s foreign policy and international affairs. It also deals with the country’s political, social and economic situation and environmental issues, sometimes going into considerable detail. As the author states in the preface, the book is an effort to give the reader a proper idea of Nepal’s place in the South Asian region and in the world.  It comes at a time when, as the author rightly observes, the center of gravity in world affairs seems to be shifting back toward Asia after several centuries of Western predominance.

In dealing with the politics of the country, Sigdel does not point accusatory fingers at anyone. This is a writer with no political axe to grind. What drives the book is an implied wish to present the big picture and encourage progress on the correct path, or paths.  It is unashamedly prescriptive. Sigdel, who worked for many years as a front-line journalist, also has an anecdotal bent, which makes for some interesting read.

The author of several previous works on public affairs and topics of general interest opens his latest book with the creation of the universe itself and gradually homes in on the specific things he wishes to dwell on. It provides a broad picture of global affairs, including various international organizations such as the United Nations, and the burning issues faced by people today. In doing so, he has relied on his own observations and his sense of where things are headed. The result is a useful work that a layman or a new student of international affairs can turn to with profit.

The author has gone for broad strokes and his Nepali has a rhetorical style. There are quite a few sweeping generalizations. One such is the observation that India’s becoming independent from Great Britain and China’s turning communist, both around the same time in the middle of the twentieth century, will impact the world for the next two to four centuries. Another is that it is Nepal’s misfortune to have had a paucity of good leaders, with a few notable exceptions. Although he does not single it out, the fecklessness of the Nepali Congress during its repeated stints in power is a very good example.

He suggests trilateralism in the relations between Nepal, China, and India. And there is a utopian wish to turn to the United Nations to tackle corruption among third world leaders.  From time to time the author goes out on a limb and makes some bold statement. He says that the big powers have an intention of keeping the third world in a state of poverty while they themselves hog the benefits of world trade. There is some inkling of this in Donald Trump’s America First chest thumping. Allied with such an intention is the tactic of keeping low-grade conflicts smoldering in various parts of the third world. Sigdel sees this as being behind the slogans of ethnicity and identity that have, of late, reared their head in Nepal.

Another such bold statement is that with the transit agreement signed and sealed between Nepal and China, India is unlikely to impose a blockade against us again. The author further observes that China is now taking a closer interest in developments in strategically sensitive Nepal, following the discarding of monarchy.

He characterizes India as the obstacle to Nepal’s development and alleges colonial intentions on the part of New Delhi towards this country. He calls for a united voice to tell India to mind its own business. Narendra Modi came up with the slogan of neighborhood first. But South Block’s attitude and actions are much the same as in the past. Sigdel likewise calls for a revival of King Birendra's zone of peace proposal, one of the late monarch's signature initiatives that is now all but forgotten.

There are instances where his observations are bang on target, observations that others may have shied away from making, to conform to prevailing political correctness no doubt. He does not mince words.

He says the Indian blockade was triggered because the Koshi and Karnali rivers were not both included in the same province under Nepal’s federal dispensation. The implication being, that would have made it easier for India to co-opt those water resources for its own use in course of time. He also says that the Maoist insurgency was an Indian ploy all along.

Other interesting observations include the one that Nepal lost its big chance for economic development when it failed to take up then Chinese strongman Teng Hsiao-ping’s proposal during a visit to this country in 1978 that the two countries should go for joint production of export-oriented industrial goods. He laments that the decades under the Panchayat regime were wasted on shoring up that ultimately untenable system instead of laying the foundations for developmental takeoff.

On another subject, he attributes the resurgence of Russia in global affairs to American and Western attitudes towards it. Scholars and historians might point out that these attitudes have remained roughly the same over the centuries. Russia was always something of an outlier for the West, especially for Western Europe. Sigdel goes on to say that China’s willful acceleration towards military might is also a consequence of similar attitudes in those quarters. Again, those who have studied China might say that it has historically seen itself as the celestial empire to which other countries owe natural obeisance.

Closer to home, he observes that BP Koirala’s establishment of diplomatic relations with China was a main factor facilitating King Mahenda’s coup of 1960. Then Indian Prime Minister Jawaharlal Nehru was not happy with the opening to China, and Mahendra was quick to capitalize on this displeasure down south. Sidgel says the undeniable interference in Nepal by one big neighbor will have an inevitable impact on the vital interests of the other big neighbor. There is a ring of truth in this.

One chapter of the book is devoted to the manifold problems in the world today. These range from long festering problems such as global warming, the Israel-Palestine conundrum, the looming crises over food supply, energy and water, and the floundering of disarmament, to the more recent IS terrorism, the migration melee and the refugee influxes. There are also a new breed of challenges posed by the development of robotics and artificial intelligence, biotechnology and nano science, as well as, not so surprisingly, the dubious role of the evangelical movement and the mischief inherent in tax havens. There is a separate chapter on Nepal’s relations with various individual countries that matter in the world.

The author laments the lack of policy and agency concerning the millions of Nepalis working overseas. The importance of this point cannot be overstated. Our able-bodied men and women leave Tribhuvan International Airport in droves every day to keep our economy afloat with remittances. The brutal treatment they are subjected to by their foreign employers is nothing new.
The book does contain some factual errors. There is also some confusion between dates in the Nepali and Western calendars, something not rare in works by Nepali authors writing about international matters. On the positive side, it includes a comprehensive list of sources and a detailed index.

Since this is a work about Nepal’s relations with the outside world, and given that the peace process that ended the Maoist armed insurgency preoccupied the nation for the better part of a decade, the author could have dwelt more on the role of UNMIN. Here was a clear case of bias on the part of international players who would no doubt have held that UN agency to a higher standard if it had been dealing with their own countries. The book was a missed opportunity to drive that point home.

BIRGUNJ, Oct 25: A hatchery with capacity of producing 100 million fingerlings at a time is coming up in Parsa district.... Read More...