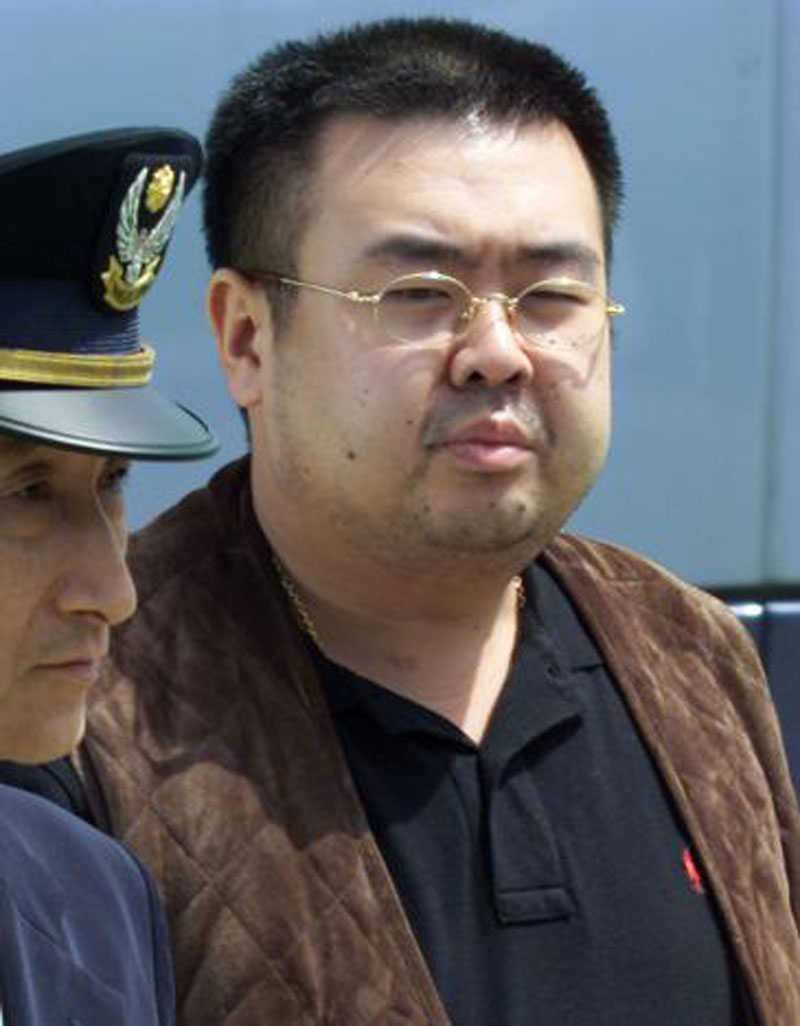 A man (R) believed to be North Korean heir-apparent Kim Jong-nam is escorted by police as he boards a plane upon his deportation from Japan at Tokyo's Narita international airport May 4, 2001. (Eriko Sugita/Reuters)

Kim Jong Nam, the older half brother of the North Korean leader, was known to spend a significant amount of his time outside the country and had spoken out publicly against his family's dynastic control of the isolated state.

He was believed to be in his mid-40s.

Police in Malaysia told Reuters on Tuesday an unidentified North Korean man had died en route to hospital from Kuala Lumpur airport on Monday. Abdul Aziz Ali, police chief for the Sepang district, said the man's identity had not been verified.

An employee in the emergency ward of Putrajaya hospital said a deceased Korean there was born in 1970 and surnamed Kim.

The South Korean government source who spoke to Reuters did not immediately provide further details.

South Korea's foreign ministry said it could not confirm the reports, and the country's intelligence agency could not immediately be reached for comment.

Kim Jong Nam and Kim Jong Un are both sons of former leader Kim Jong Il, who died in late 2011, but they had different mothers.

Kim Jong Nam was believed to be close to his uncle, Jang Song Thaek, who was North Korea's second most powerful man before being executed on Kim Jong Un's orders in 2013.

In 2001, Kim Jong Nam was caught at an airport in Japan traveling on a fake passport, saying he had wanted to visit Tokyo Disneyland. He was known to travel to Hong Kong, Macau and mainland China.

He said several times over the years that he had no interest in leading his country.

"Personally I am against third-generation succession," he told Japan's Asahi TV in 2010, before his younger had succeeded their father.

"I hope my younger brother will do his best for the sake of North Koreans' prosperous lives."

WASHINGTON DC, July 27: North Korea on Friday handed over the remains of some U.S. soldiers who died during the... Read More...

SEOUL, South Korea, Feb 15: A failed attempt to sneak into Japan to visit Disneyland in 2001 may have doomed the... Read More...

RSP meeting to continue today at 11 am
9 minutes ago