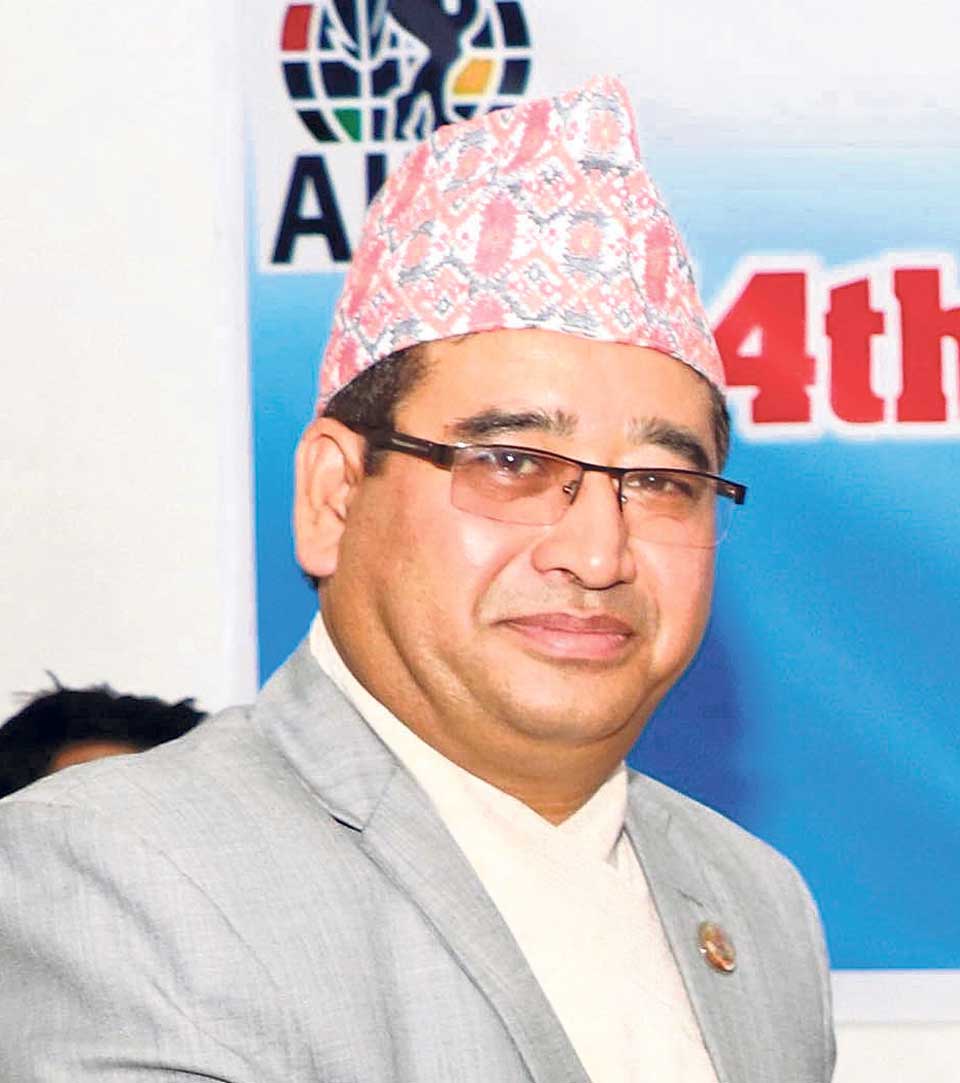 KATHMANDU, Sept 20: President of Nepal Olympic Committee (NOC) Jeevan Ram Shrestha said on Wednesday that the committee and the government were both fully committed to organize the 13th South Asian Games (SAG).

Shrestha, addressing the 14th General Assembly of the Nepal Sports Journalist Forum (NSJF), said that the rumors about the committee stepping back from organizing the games were not true.

“We are committed to organize the games successfully within 2019, if not within the stipulated time, because of the slow construction of the physical infrastructure,” Shrestha said, “The reports which have appeared in the media that the tournament venue has been changed is not true.”

The games have been proposed to be held in Kathmandu from March 9 to 18 next year.

The General Assembly has approved the financial report for the Fiscal Year 2016/17 and 2017/18 presented by General Secretary Prakash Timilsina and Treasurer Prajwal Oli.

KATHMANDU, Dec 2: Nepal finished at the top of the medal tally, by clinching the highest number of medals at... Read More...

Loan repayment period will be extended, Monetary Policy will meet the private sector’s expectation (WITH VIDEO)
3 hours ago

Rescue for Nepalis stranded abroad due to COVID-19 ‘too little, too late’
7 hours ago
PM Oli admitted to Shahid Gangalal Hospital
20 hours ago

Loan repayment period will be extended, Monetary Policy will meet the private sector’s expectation (WITH VIDEO)
3 hours ago
INGOs mobilizing a total of Rs 93.61 billion for their projects
3 hours ago