Sports infrastructure given priority in govt policies and programs 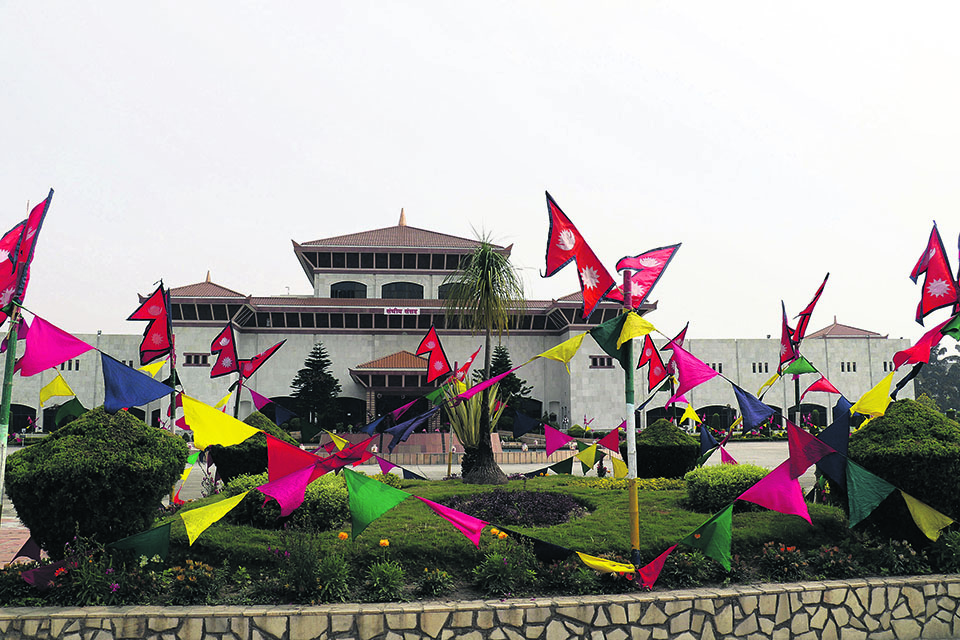 KATHMANDU, May 4: The government in its policies and programs for the upcoming fiscal year 2019/20 unveiled on Friday has given priority to the development of sports infrastructures.
The policies and programs, presented by President Bidya Devi Bhandari in the federal parliament in Kathmandu, have prioritized the building of cricket infrastructures across the country and the hosting of the 13th South Asian Games.

The government has announced to bring the under-construction Mulpani Cricket Stadium in operation within two years.

Construction of the Mulpani Cricket Stadium gathered momentum after the dispute about land acquisition, which had remained as a major obstruction in its completion, was resolved last year.
Earlier, the Cricket Association of Nepal (CAN) had initiated to construct two grounds at Mulpani after the Asian Cricket Council (ACC)’s plan to build its central cricket academy in the current Mulpani venue didn’t materialize.

The ACC and the government had planned to construct the stadium since 2009, but couldn’t complete it in the past 10 years. The ICC has suspended the CAN citing the government interference.

The government has announced to encourage the sports infrastructures including cricket stadiums to be built in the initiation from the private sectors.

The government also plans to build a cricket academy in the country. The policies and programs aims to completing building and preparation of all the required infrastructures to host the 13th South Asian Games (SAG) in 2019.

The South Asian Games has been rescheduled a lot due to snail-paced reconstruction works and it is announced to be held from December 1 to 10 this year.

Originally, it was slated to be held from March 9 to 18 in Kathmandu and Pokhara.
The new date was confirmed at the South Asian Olympic Council Executive Board Meeting in Bangkok on March 1.

Likewise, a detailed project report on the construction of the international standard national sports council will be prepared in the upcoming fiscal year.

Similarly, the government will accelerate the construction, development and expansion of well-facilitated stadiums in all seven provinces and sports venues of long-term significance in local levels, said the government in its policies and programs.

KATHMANDU, May 7: The meeting today of the House of Representatives has passed with a majority the policy and programs... Read More...