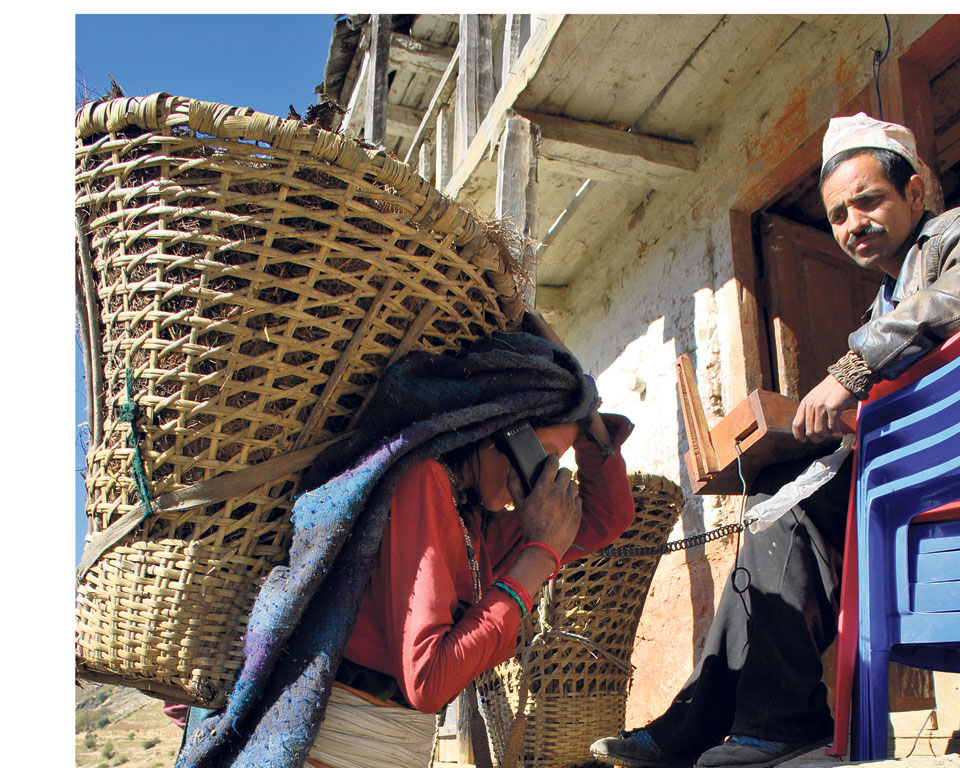 Nepal Telecommunications Authority (NTA) – the telecommunications regulator – mobilizes the fund. NTA is using the fund to develop two projects – Information Highway Construction and Broadband Access Network Project. Both the projects were targeted to be completed within two years. However, the projects are advancing at snail's pace.

NTA had awarded different packages of the projects to three telecommunication service providers – Nepal Telecom, United Telecom Ltd (UTL) and Smart Telecom. State-owned Nepal Telecom (NT) had received the package to build district optical network and providing optical network lease connectivity service for provinces 1, 2, and 3. The agreement for the same was signed between NT and NTA on September 28, 2016. The cost of the project is Rs 4.87 billion. However, there has been no financial progress in the package.

As stated by the NTA, the project has got limited to tender awarding process only. "There has been no progress at all," an NTA official said.

Likewise, privately-owned United Telecom Ltd (UTL) has received the package for Gandaki Province and Province 5. NTA signed contract with UTL for the works costing Rs 2.01 billion on May 7, 2017. UTL has also not been able to make any progress.

UTL recently approached the NTA for revision in work schedule. Responding to UTL, NTA has given the operation one more year to complete the project.

Similarly, another privately-owned operator Smart Telecom Pvt Ltd has bagged the packages for Karnali province and Sudur Pashchim provinces. NTA signed a contract for the Rs 3 billion-package with Smart Telecom on July 18, 2017. Smart Telecom has received Rs 600 million as mobilizing money to implement the project. But work progress is dismal. According to NTA, Smart Telecom has also got one-year deadline extension.

According to NTA, Rs 9.34 billion has been collected in RTDF so far. The primary objective of the fund is to make telecommunication services accessible in remote areas. NTA had established the fund 18 years ago as provisioned in the Telecommunications Act-1997.

As per the act, telecom operators are required to deposit two percent of their annual income into the fund every year. The fund is meant to be used for development and expansion of telecommunications services in remote areas of the country. However, money collected in the fund has remained largely unutilized. Data compiled by the NTA shows Rs 1.52 billion was collected in the fund in FY2013/14 and Rs 1.75 billion a year later. Similarly, Rs 1.99 billion, Rs 2.01 billion and Rs 2.06 billion was deposited into the fund in FY2015/16, FY2016/17 and FY2017/18, respectively.