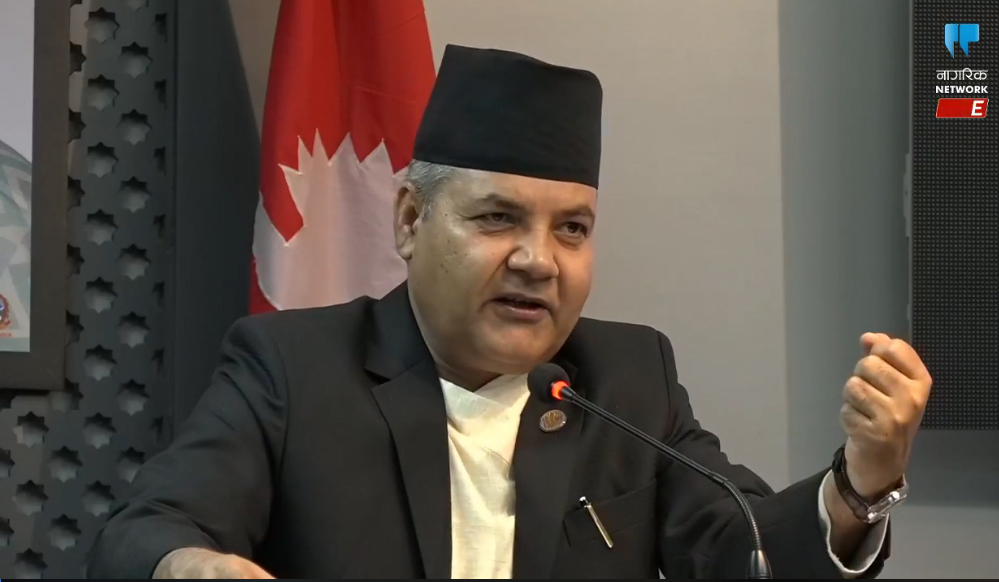 KATHMANDU, Sept 12: Minister for Information and Communications Gokul Baskota has said that the government's stance on the China-led Belt and Road Initiative and United States-led Indo-Pacific Strategy has remained unchanged.

Responding to a media query on Thursday, Baskota said that the government is dealing with neighboring countries and other countries on the basis of mutual cooperation and mutual interests in a cautious manner. "We have not changed our position on the Indo-Pacific Strategy or BRI. In fact, we are pursuing an independent foreign policy in a cautious manner. Our position on these issues has remained unchanged," he said.

Baskota's statement comes after Chairman of ruling Nepal Communist Party (NCP) Pushpa Kamal Dahal courted controversy after his name surfaced in a statement issued by the Foreign Ministry of China on Tuesday in which Dahal was quoted as saying that Nepal disagreed the US-led Indo-Pacific Strategy.

According to the statement issued by Chinese Foreign Ministry, Dahal said that Nepal firmly adheres to the One China policy not only verbally, but also in action, and will not allow any external forces to engage in anti-China activities in Nepal.

"Hong Kong affairs are China's internal affairs, and the Nepali side opposes any interference by certain forces in Hong Kong affairs and also opposes obstructing China's fight against terrorism in the name of human rights. Nepal firmly adheres to the policy of non-alignment, disagrees with the so-called Indo-Pacific Strategy, and opposes any attempt to contain or thwart China's development," read the statement released on the official website of the Chinese Foreign Ministry following the meeting between Chairman Dahal and Chinese Foreign Minister Wang Yi who visited Nepal earlier this week.

IPOs worth Rs 1.21 billion to be issued
39 minutes ago