No agony of defeat as England move on at World Cup 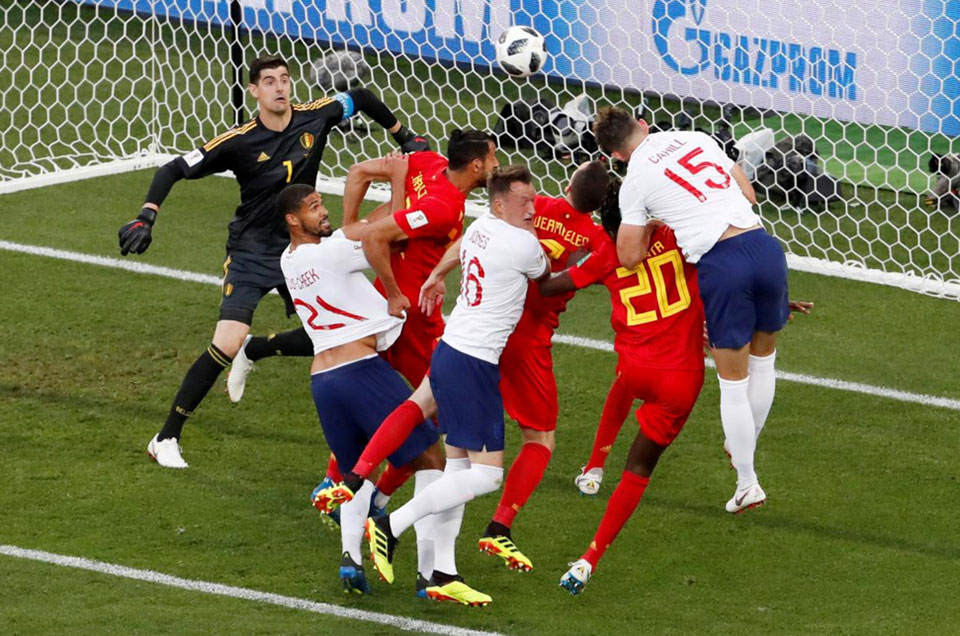 KALININGRAD, June 29: As defeats go this one had little sting for England who went down 1-0 to Belgium in their group finale on Thursday with any disappointment, of which there was little, softened by a potentially easier route deeper into the tournament.

The loss was the first in over a year for England, ending a 12-match unbeaten run, and set up a last 16 tie with a dangerous Colombia side while Group G winners Belgium face Japan.

Beyond that the path England are on seems less perilous with a potential quarter-final against Sweden or Switzerland, while Belgium would face Brazil or Mexico with heavyweights Portugal, Uruguay, France and Argentina also on their side of the draw.

Southgate’s lineup, including nine reserves, said more about the importance he placed on the Belgium game than anything he could say but he maintained his decisions had more to do with keeping first-choice players fresh than picking an opponent.

“Whatever happens next week (in the knockout rounds) that was the right decision as far as I’m concerned,” he said.

“Which half of the draw - who knows what’s right and wrong.”

UNDER ATTACK
At a World Cup where everything had pretty much gone to plan for England and had seen Southgate lavished with praise, the coach found himself for the first time in Russia under attack for not going all out to claim top spot and a date with Japan.

Southgate rolled out all the right cliches and offered his own spin on the gameplan but also stood up to face the music, saying he was ready to accept any criticism.

“Sometimes I think you have to look bigger picture and make decisions that might in some cases be criticised but everyone understands in the dressing room what we’re trying to do,” he said.

“We don’t like losing, we don’t like to lose matches, but the primary objectives for me we got and I understand that and I think the supporters in the stadium understood that as well.

“Everyone understands the knockout round is the important event.”

While Group H winners Colombia are seen as tricky opponents, Southgate said he had no preference about who his team would line up against in the last 16.

“I believe it is a game we can win but it is going to be a fantastic challenge for us,” he said. “Some outstanding individual players but we feel we are a team that is improving. I think we showed tonight that we still have levels to reach.

“We know where we are, how immaculate we have to be to win matches against the very best teams.”

RUSSIA, June 28: After suffering a shocking 2-0 loss to South Korea, the Germans failed to advance to the knock-out... Read More...