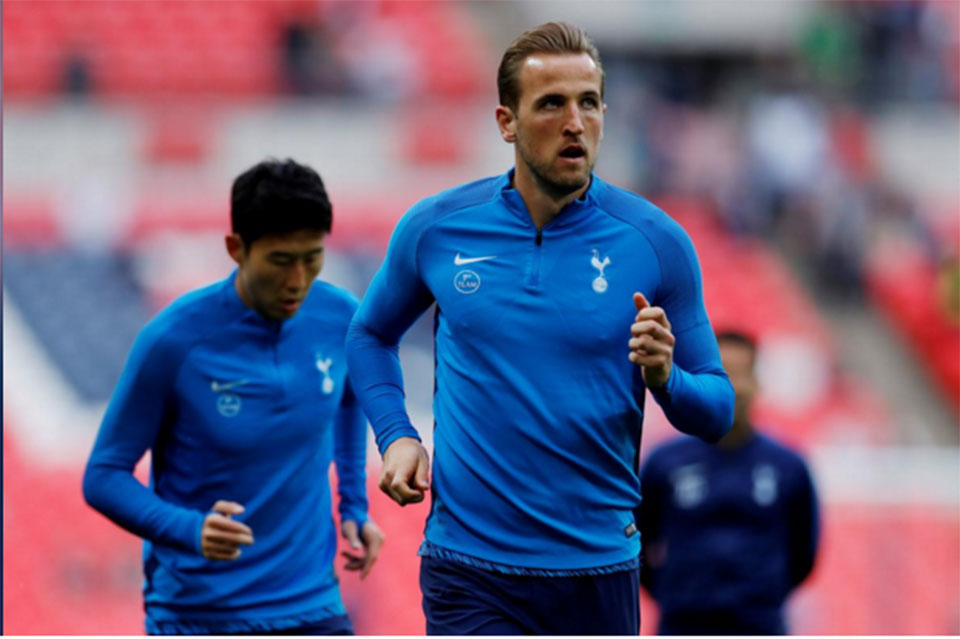 Tottenham's Harry Kane during the warm up before the match. Photo Courtesy: Reuters

LONDON, May 22: Striker Harry Kane will wear the captain’s armband for England at next month’s World Cup, ending speculation about who would lead Gareth Southgate’s squad in Russia.

The announcement was made in a video published on Twitter in which Southgate said Tottenham Hotspur’s Kane had “outstanding leadership” qualities.

England’s last full-time captain was Wayne Rooney but the armband has been worn by several players since the former Manchester United forward lost his place in the squad.

Southgate has often played down the significance of the position, preferring to nurture a collective leadership within the team, but Kane will be the figurehead as England go into their 15th World Cup.

Kane, who scored 30 Premier League goals for Tottenham this past season, has 23 caps for England and netted 12 times.

“For me the key for a captain is that you set the tone every day in everything that we do, the way we train, the way we prepare and the professionalism towards the task,” Southgate said.

“Harry is an exemplary model of that. He is a meticulous professional and is prepared to challenge people.

“Now is a moment in his life where he is prepared to bring that into the team environment.”

Kane, who first captained England in a World Cup qualifier against Scotland last year, said it was a “massive honour”.

“I’m very excited for the World Cup, can’t wait,” he said. “Leading the lads out is going to be special.”

England face Tunisia, Panama and Belgium at the World Cup in which they will send their third-youngest squad to a major tournament, with an average age of 26.

He will have some experience around him, however, such as Liverpool skipper Jordan Henderson and Chelsea’s Gary Cahill

“Harry will need the support of the other good leaders we’ve got around him,” Southgate said.

“You don’t become a top team by just having a good captain with good values. That has to spread right throughout the group but I think he’s the one ready to take that challenge on.”