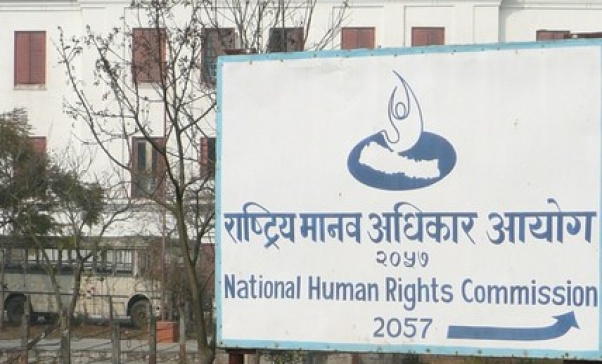 KATHMANDU, June 13: The National Human Rights Commission (NHRC) has urged the government to explore solutions on the issue of Guthi bill through dialogue and talks with stakeholders.

Issuing a press release on Wednesday, NHRC Director Dr Tikaram Pokharel called on the government to respect citizens' right to peaceful assembly and demonstration, arrange treatment of the injured and explore solution through talks and dialogue by bringing the guilty to justice.

The constitutional human rights watchdog also demanded withdrawal of Guthi bill tabled in the Parliament and also drew its attention on excessive use of force and ill-treatment against Guthi activists in course of their peaceful demonstration on June 9.

As cultural right is an inseparable part of the human rights, NHRC has clear stance that no authority can undermine human rights anywhere in any pretext, reads the press release. The human rights body also made plea to all sides to remain sensitive not to allow a situation when the deep-rooted traditional culture and practices of different groups and class would disappear as well as to assure the protection of the right.

However, NHRC has also urged the demonstrators to exercise tolerance while conducting protest programs and asserting their demands. Guthi is a trust or social organization that manages social, cultural and religious activities through the income generated from its land.

KATHMANDU, June 23: The National Assembly is all set to withdraw the controversial Guthi (trust) Bill on Tuesday upon the... Read More...

Commercial paragliding flights from Mansangkot in Syangja to begin
4 minutes ago
As mercury dips, MFD urges people to take necessary precautions to avoid cold
34 minutes ago