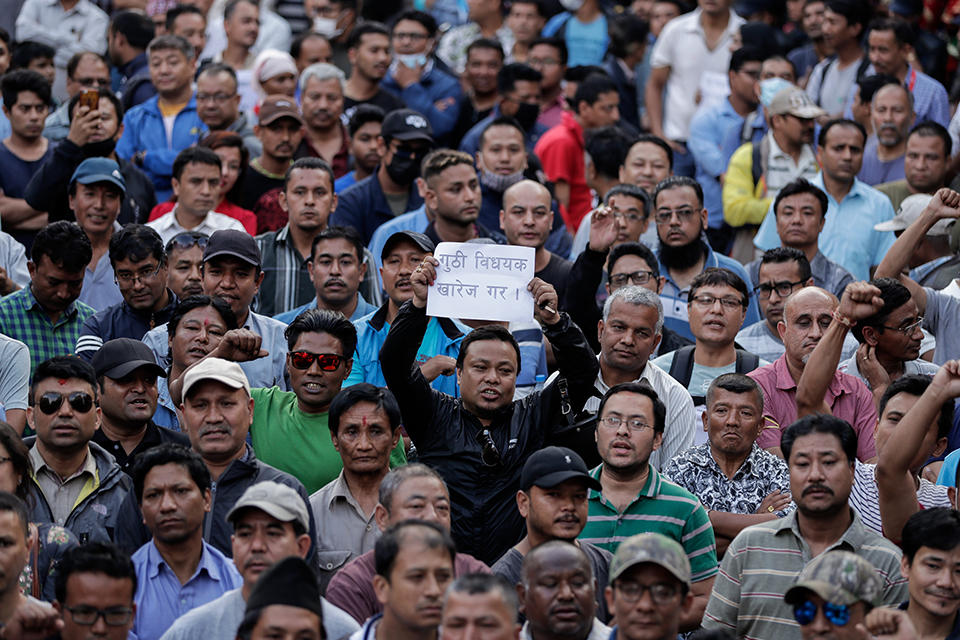 KATHMANDU, June 14: The Bibeksheel Nepali Party has urged the government to withdraw the proposed Guthi bill tabled in the Federal Parliament.

Issuing a press statement on Friday, the party suggested the government to draft new Guthi bill in consultation with concerned stakeholders.

The controversial bill on the management of lands belonging to Guthis (religious and social trusts) has drawn widespread criticism, with people from multiple quarters including civil society demanding its withdrawal.

Rounds of protests have been held in the capital against the proposed Guthi bill, which was registered at the National Assembly, proposing to form an 'Authority' to manage Guthi lands, which are currently managed by the Guthi Sansthan or Corporation.

Those taking to the street against the bill have argued that if it is endorsed as proposed it will only serve the interests of the so-called land mafia. They maintain that the new law as proposed in the bill will turn public guthis (trusts) into a 'playground for politicians, government officials and influential people who wish to embezzle guthi land'.