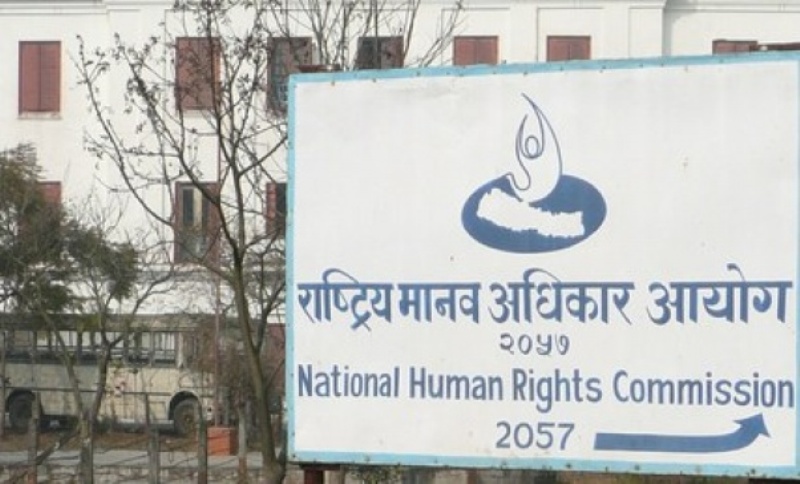 KATHMANDU, Oct 22: While concluding that Sarlahi district in-charge of the outlawed Communist Party of Nepal (CPN) Kumar Paudel was not killed during an encounter with police, the National Human Rights Commission (NHRC) on Monday recommended that the government suspend three police officials directly involved in the killing and conduct a fresh, “independent” and “impartial” investigation .

A meeting of the NHRC held on Monday over its report on the incident also urged the government to bring those involved in the incident including the senior police officials involved and those issuing directives to officials on the ground to open fire on Paudel under the purview of laws. Paudel was killed in police action in Lakahndehi forest of Lalbandi Muncipality, Sarlahi district on June 20.

The NHRC has stated that the special police team mobilized by Police Headquarters, Naxal in coordination with Province 2 police used excessive force in firing nine bullets. Although police stated that they opened fire in self defense during an encounter, the NHRC said the nature of the incident and the evidence collected from the site suggested that Paudel was taken under control before they shot him dead.

The NHRC also said that police had not conducted an impartial investigation and that there were many faults from a medico-legal perspective in the FIR on the dead body and the incident site.

The NHRC has asked the government to create a separate mechanism comprising thematic experts for conducting independent and impartial investigations into such incidents in future and make arrangements for legal protection for security personnel not obeying illegal orders from their superiors. It has asked the government to make arrangements for record keeping on even of verbal orders from the officials concerned .

Among other things, the NHRC has asked the government to provide Rs 300,000 to the victim's family, and to hold negotiations with the outlawed Netra Bikram Chand-led CPN to address the security challenges the group has posed for the country.

It has also asked the Chand-led group to immediately stop its killings, abductions, threats, extortions and other violent activities and turn to competitive politics in a peaceful and democratic manner.

KATHMANDU, May 31: The National Human Rights Commission (NHRC) has demanded the government to protect life of the people and... Read More...

KATHMANDU, May 17: Nepal is vulnerable to disasters at different times due to its geographical situation. However, it is wanting... Read More...