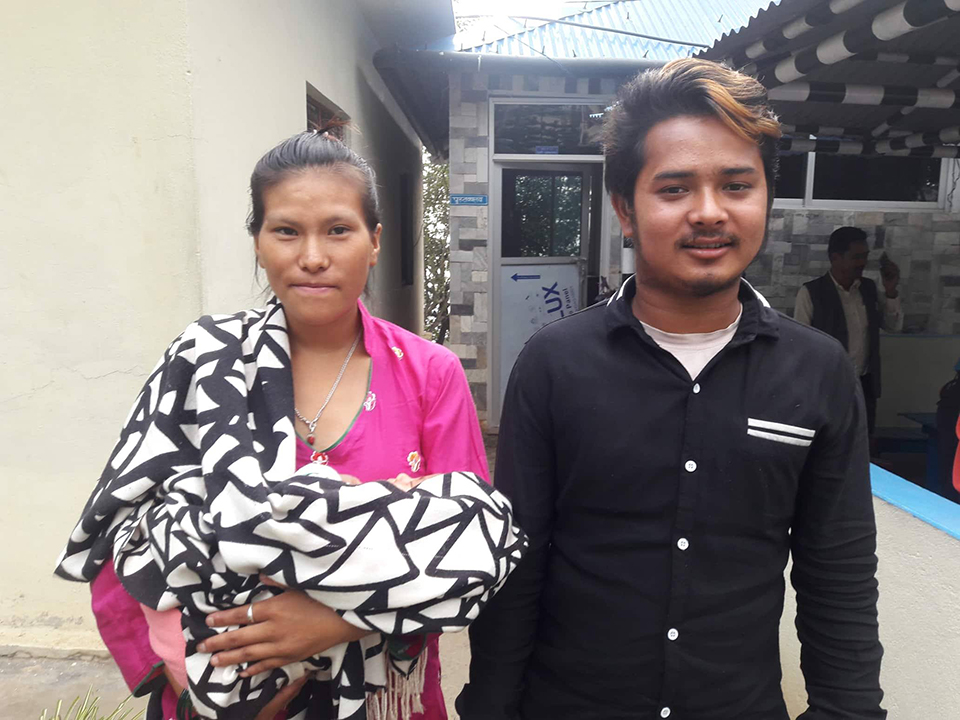 GORKHA, Oct 8: Srijana Ale, 20, an unmarried mother of a one-month-old newborn, has been united with her beloved on Sunday after Republica daily recently published a story about her struggles after the child's father disowned them.

The local representatives of Gorkha Municipality-4 and police helped her trace the newborn's father, who under the new law is now considered her husband. The man had abandoned her a few months ago after he came to know about her pregnancy.

Despite being abandoned initially, Srijana expressed her happiness after finding the child's father. She had been facing social stigma from her family and society due to her status as an unmarried mother.

Srinaja's mother had deprived her of nutritious diet and was sometimes forced to sleep on empty-stomach due to lack of food. Because of her illicit relation, she was also continuously told to leave the makeshift hut where the family had been living.

Her family used to pressurize her to leave the hut every day. They had even refused to reconstruct their quake-damaged house until Srijana moved out to of the hut. Her mother used to scold her every day demanding the identity of the man so that they could send her away to him at the earliest.

“I'm very happy now,” said Srjiana, who was at the District Police Office (DPO), Gorkha, to be united with her husband. “I faced lots of difficulties. That's the tale of past now. We'll now think about the future of our son.”

The father has been identified as Bijaya Paudel, 20, of Bhimsen Thapa Rural Municipality-5 of the district. After pressure from the authorities, he acknowledged the child as his own and took them to his home.

Following the news article published by Republica on October 4, police started looking for Bijaya based on the information provided by Srijana.

According to Gorkha-4 ward Chairman Khop Bahadur Adhikari, the couple has agreed to register their marriage within a week and apply for their son's birth certificate immediately.

RATNANAGAR, Nov 13: Chairman of the CPN (Maoist Center), Pushpa Kamal Dahal, has said it was a baseless rumour that the... Read More...