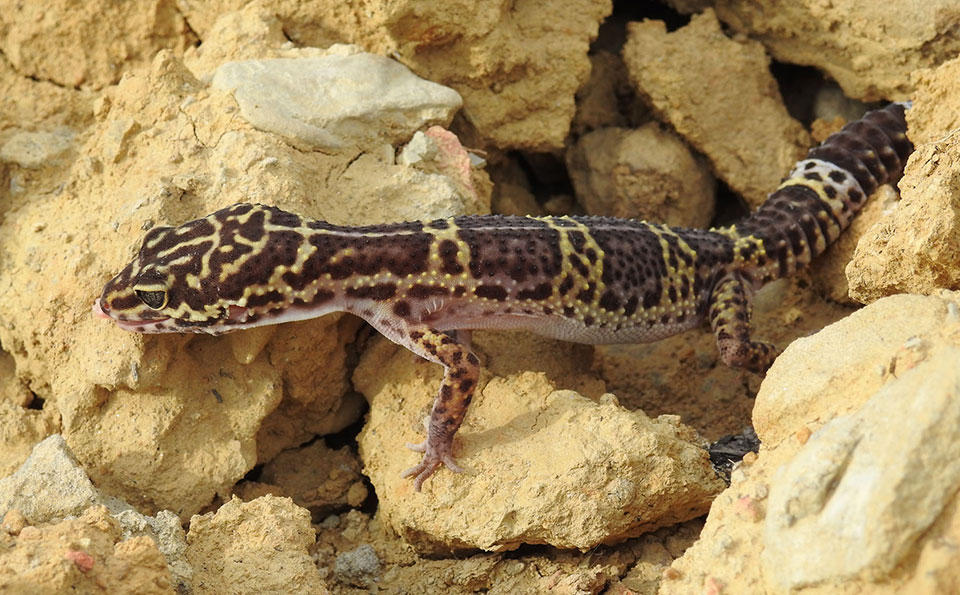 KATHMANDU, March 26: One more species of reptile has been newly discovered in Nepal. Common Leopard Gecko (Eublepharis macularius), a ground-dwelling lizard, which was first found along the Kamdi biodiversity route in Banke district in course of the study about biodiversity has been named ’Baghe Mausuli’ in Nepali. It belongs to the family of Eublepharidae.

As said by reptile expert Karan Shah, with the record of this reptile which is new for Nepal, one new family has been added to the Reptilia class. This is the 11th species of lizard found in Nepal and so far 38 species of lizard are recorded across the world. This reptile is found also in India, Bangladesh, Pakistan, Iran, Afghanistan and Turkmenistan.

This is unlike from other species of lizard as it is a crepuscular animal which remains active during nighttime primarily twilight and sleeps in daytime.

Besides, Kamdi, it has been found in Sunwal, Nawalparasi and Gurbhakot of Surkhet and lately at Kusum area along the Banke National Park, said National Trust for Nature Conservation’s conservation officer Santosh Bhattarai. A team comprising Shuklaphanta National Park’s ranger Yam Bahadur Rawat, reptiles experts Shah and Kul Bahadur Thapa and Trust’s conservation officer Bhattarai confirmed the detection of the animal in Nepal. News about this was published in the American Journal Reptiles and Amphibians on Monday.

BANGKOK, Dec 20: A Vietnamese ‘crocodile lizard’ and a Thai turtle found on sale in a local market are among more... Read More...