New Delhi and Kathmandu must sit for talks 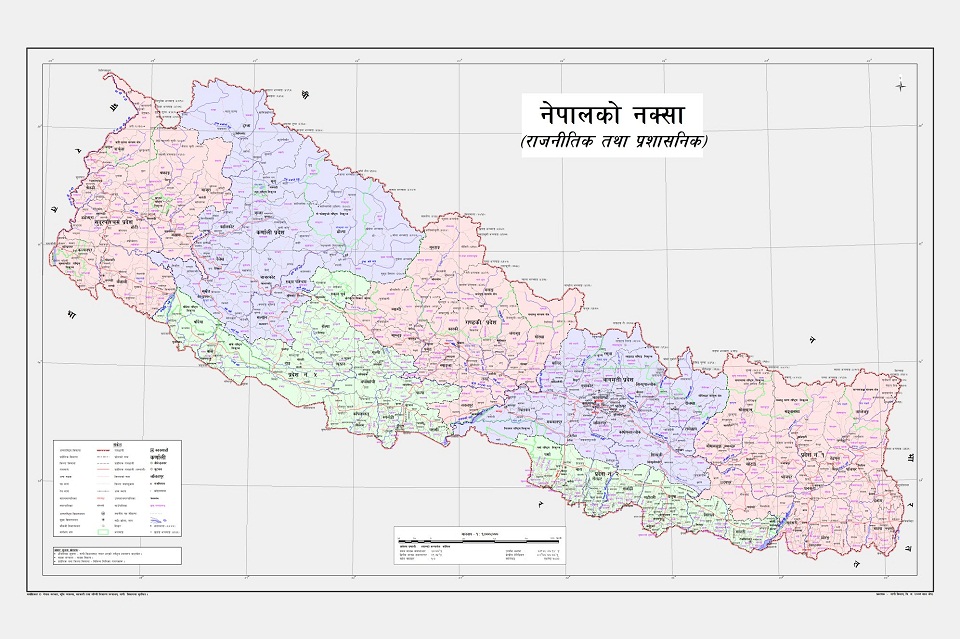 When you have facts and historical evidence on your side for a piece of land that actually belongs to you, there should be no dispute on who that land belongs to. Strangely, Nepal has had to face this situation for over sixty years for over 380 square kilometres of Nepali land, which its southern neighbour claims as its own and some places of which it has been occupying as well. The Limpiyadhura-Lipu Lekh-Kalapani region in Nepal's western frontier has remained a seed of occasional discord between Nepal and India for many years now. Nepali side has always stood for resolving the issue through diplomatic and bilateral negotiations. The Indian side has not been very forthcoming about it.

In this background, when Indian Defence Minister Rajnath Singh inaugurated the road linking India with Lipu Lekh bordering Tibet of China on May 8, Kathmandu reacted with shock and rage. There have been voices of grievances and pressure on the government to take up this issue with India urgently. Nepal's foreign ministry has handed a protest note to Indian ambassador Vinaya Mohan Kwatra.  On Wednesday, the government of Nepal released new political map of Nepal depicting Limpiyadhura-Lipu Lekh-Kalapani region inside Nepal. New Delhi seems to have been sore.

It should not. Nepal has always stood in favour of resolving this matter through mutual consultation. India only has to reciprocate. While Prime Minister Narendra Modi, who is reportedly in very good terms with his Nepali counterpart until recently, is angry, some of the Indian media outlets seem more interested to stoke the flame. Famous Nepali actress, Manisha Koirala, has been ridiculed for supporting Nepal's cause. Some Indian newspapers have explained the whole episode as the doing of China. That would be like missing the forest for the tree. The real reason why there is resentment against India is not because of China. The real reason is that India has been using and occupying the territories that evidence shows are Nepal's. Resentment is also against China at the moment for there is an impression that India could not have built the road to link China without securing Chinese consent.

Admittedly, political parties in Nepal have tended to fiddle with Limpiyadhura-Lipu Lekh-Kalapani land mostly for petty political reasons. Which is why this issue flares up every few years and then nobody talks about it until it resurfaces. And that is why there has not been earnest efforts from our side to resolve the matter. Those in power talked loud and wild when they were in the opposition, but never bothered to work on sustained negotiations and resolutions with India on these tricky issues.  The “top leaders” have always viewed Nepal’s relations to both India and China from their narrow selfish desire to be at the top, at the cost of the country and the people.

But it would be a grave mistake for New Delhi to shift the blame on China or manufacture conspiracy theories when Nepal is appealing for talks to resolve the issue. We hope that unlike in 2015, New Delhi will not be swayed by misinformation on Limpiyadhura-Lipu Lekh-Kalapani land. Vested interests and extremist elements always seek to play in such sensitive times. In Kathmandu, some are calling for building walls along the border or sue India in international courts.  Understandably, such elements are there in New Delhi as well.  Kathmandu and New Delhi should not allow rage and emotion to kill reason.  There is nothing between India and Nepal that cannot be resolved through reasoning, bilateral negotiations and goodwill. New Delhi and Kathmandu should not go astray.

KATHMANDU, OCT 16: Nepal is taking on India in the final game of the 13th edition of the South Asian Football... Read More...

Kalikot DAO closed for a week after staffers contract COVID-19
1 hour ago
99 Nepali workers set out for Israel; labor minister, ambassador reach TIA to see them off
2 hours ago