New CDO says probe should have begun right after the incident 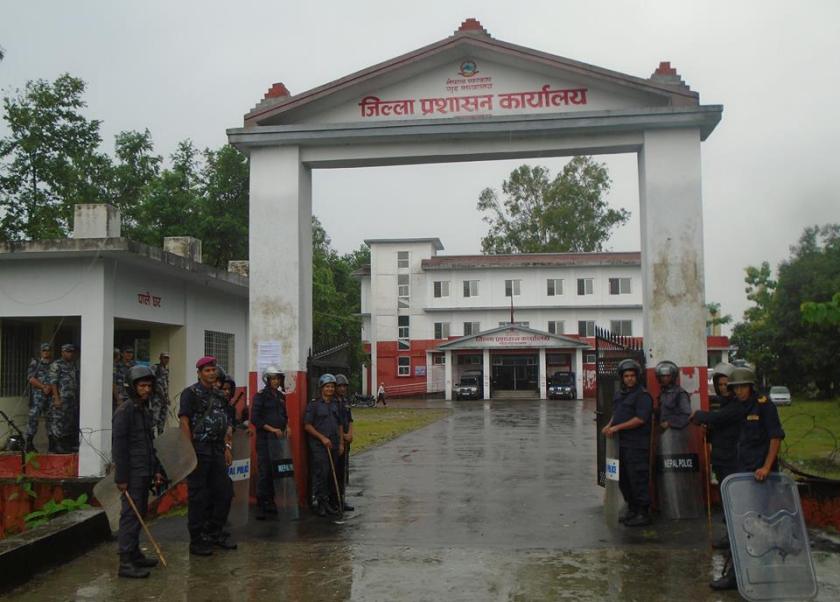 KANCHANPUR, Aug 26: The newly-appointed Chief District Officer (CDO) of Kanchanpur, Taranath Adhikari has said that the victim's family would have got justice and there would not have been human causality and other losses had the District Police Office (DPO) initiated investigation into the rape and murder of 13-year-old Nirmala Panta right after the incident.

He admitted that the delay on the part of the district authorities to initiate the investigation into the rape and murder of Nirmala on time flared up the protests, which led to the killing of a 17-year-old boy and damage of property.

He also said it was really unfortunate that the DPO ignored the locals' genuine demand for a thorough investigation into the incident to find the real culprits even after a month of the incident and resorted to the use of force against the locals.

“Investigation would show who is behind the rape and murder of Nirmala. The district police office should have initiated the investigation right after the incident. The dillydallying on the part of the police to thoroughly investigate the incident even after a month is really unfortunate,” CDO Adhikari said, adding, that the district authorities' carelessness has only undermined the credibility of the government and that all the officials behind the carelessness will face legal action.

Adhikari replaced Kumar Khadka as the new CDO after Khadka was recalled by the government for failing to carry out his duty.

“We have launched an investigation into the case. It should have been carried out a month ago. But I want to assure that police will carry out investigation honestly and fairly and try their best to find the culprits behind Nirmala's rape and murder,” he said.

It was only on Saturday that the Ministry of Home Affairs initiated investigation against Chief of Kanchanpur District Police Office SP Dilli Raj Bista and other two top officials for their alleged reluctance to investigate the rape and murder of 13-year-old Nirmala Panta in Bhimdutta Municipality. Nirmala had gone missing on July 26.

Nepal Police suspended Kanchanpur Police Chief SP Bista and recalled DSP Gyan Bahadur Sethi and the inspector overseeing the complaint section at the DPO, Ekendra Khadka, to the Nepal Police Headquarters at the behest of the Ministry of Home Affairs on Saturday for investigation into allegations that the security officials attempted to protect the real culprits behind the rape and murder of Nirmala by dillydallying the investigation, according to Spokesperson for the home ministry, Ram Krishna Subedi.

Following a meeting with heads of Nepal Police and Armed Police Force on Saturday, Home Minister Ram Bahadur Thapa directed Nepal Police to suspend the already recalled SP Bista and recall other two officials, DSP Sethi and Inspector Khadka to the police headquarters for investigation against the allegations leveled against them, Subedi said.

On Thursday, the home ministry had formed a probe committee led by joint-secretary Hari Prasad Mainali to investigate into the allegations but it had yet to bring the security officials under investigation.

The locals and Panta's family members had demanded investigation against the police team led by SP Bista.

According to the family members, despite their repeated requests to start search for Nirmala after she went missing on July 26, the local police dillydallied over starting an investigation. Durga Devi Panta, the mother of the deceased who had reached the local police station at 8 pm on July 26 had to stay there till 2 am to request the police to search the house of Nirmala's friend Roshani, but the police ignored the request.

Later, police arrested a mentally-challenged person framing him as the culprit. This caused a huge controversy. Protests by locals demanding a thorough investigation turned violent after the police informed them on August 19 that Dilip Singh Bista of Bhimdutta-19, a mentally challenged individual, was the perpetrator of the rape and murder. However, the victim's family members have claimed that a mentally-challenged person could never rape and kill his daughter and that it's just a ploy to protect the real perpetrators.

KATHMANDU, Sept 14: Amid call from various quarters that the police officials who handled the case of Nirmala Panta's rape and... Read More...