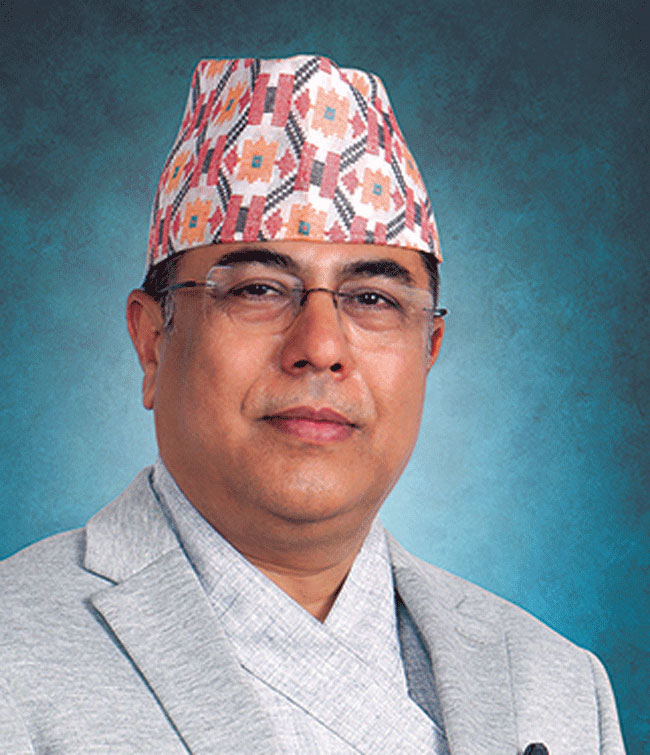 KATHMANDU, May 8: The Governor of Nepal Rastra Bank (NRB) Dr Chiranjivi Nepal has claimed that the budget for the fiscal year 2017/018 would be historic.

At a pre-budget discussion programme organized here by the central bank Monday, the Governor said that the new budget would be brought in a new paradigm with the implementation of the federalism along the local level elections.

He also said that country's economy has progressed from the current fiscal year though economy suffered due to Indian blockade and earthquake prior to this. Dr Nepal also said that the government account has the savings of Rs 255 billion plus.

Chairman of CNI Hari Bhakta Sharma suggested to bring the budget giving priority to the policy of improving people's living standard, promoting investment in the productive sector and expansion of tax ambit.

Likewise, Chairman of the National Cooperative Federation, Keshab Badal, said the budget should be brought by paying attention to the sentiments of private, public and cooperative sectors as there was constitutional provision of taking these sectors together while industrialist Motilal Dugar suggested to pay attention on the issue of increasing investment of banks and financial institutions and not to increase interest rate of the money invested in hydropower.

Similarly, General Secretary of NCC Kamales Agrawal said that only investment-friendly and tax-friendly budget could improve the country's economy.

The central bank has been submitting pre-budget report after holding discussions at different places of the country. RSS

‘Problem lies not in introducing programs but in implementing them’

KATHMANDU, June 11: The Government of Nepal has come up with a budget to encourage young entrepreneurs in the coming... Read More...