Nepathya to leave for Tokyo 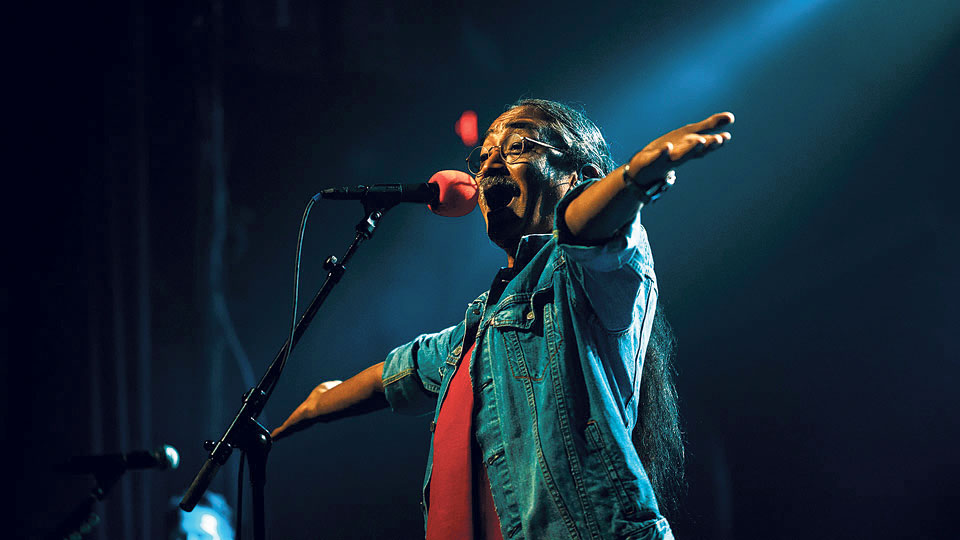 The previous show of Nepathya in Tokyo in 2015 took place immediately after the massive earthquake struck Nepal. Options for postponing the show was being considered but the band and the organizers decided to move on in the spirit of ‘the show must go on’. The show was reformatted as an earthquake memorial service and all fun-filled songs were replaced in the set list by social numbers. Proceeds from the show were contributed to earthquake relief back home.

While performing three years ago at the Aprikot Hall of Kamada-Tokyo, Nepathya front man Amrit Gurung had promised he would soon come back to share joy and fun.

“This time we have come to share sorrow not joy,” Amrit had said during the show. Before bidding farewell, he had also promised, ‘We will come again to share joy and dance together to the tunes of Nepal.”

Amrit’s promise will come true this weekend on the 7th of July at the Tokyo Dome City Hall, a reputed concert venue in Tokyo. Tokyo Dome is known for its state of the art technical excellence, where international musical establishments like Bob Dylan, Cold Play and Mr. Big have already performed.

Japan beholds a crucial memory in Nepathya’s musical journey. There was a time when Nepathya had performed for a record low audience. The same trip lost many band members who decided to stay back there. The 1998 Japan trip almost brought Nepathya at the verge of being dismantled.

However, Nepathya also found solace with some intimate friends in Japan, during these unfortunate times.

“A place which holds moments of joy and grief becomes intimate,” shared Amrit. “I somehow feel homecoming, each time I travel to Japan. Japan always reminds me of the lows in our journey. He also feels Nepathya has moved on from the low times and made a comeback.

The Tokyo Dome show is being organized by Tokyo based Goreto Productions.

“The Nepali diasporas in Japan is longing to have a fun with Nepathya, which they missed during their 2015 show,” said Krishna Thapa of the organizing team. ‘We have been doing our best to make this a wonderful experience for the audience,” he added.

The 2015 Nepathya show was successful in attracting a remarkable number of Japanese audience as well. Amrit and Nepathya were then featured on prime time show by Japan’s leading TV, NHK.

“During that time of national sorrow, we had gone to share grief,” said Kiran Krishna Shrestha of Nepa-laya, the promoters and producers of Nepathya. “This time we will present our 25-year celebration set, which has enthralled audience in all recent performances. We look forward to sharing this joyful experience with tunes from Nepal during Nepathya’s upcoming Tokyo Dome show.”

Nepathya frontman Amrit Gurung will be accompanied on stage by Dhruba Lama on drums, Suraj Thapa on Keyboards, Subin Shakya on bass, Niraj Gurung on guitars and Shanti Rayamajhi on madals.

The 10 member Nepathya entourage consisting of musician, technicians and managers are all set to leave for Tokyo for the scheduled show at the Tokyo Dome on July 7.

The band is scheduled to return home on 10th of July.

After a successful two city US tour, Nepathya is set to embark on a single show tour of Japan. According... Read More...