JAPAN, July  8: Nepathya performed at the Tokyo Dome City Hall amidst a well-attended group of Nepali music lovers based here. Majority were Nepalese, but Japanese audiences were also present at the concert.

Amidst the audience was a Japanese Youth, Kiohito Hanai.

“I had been to Nepathya’s show in Nepal twice and also attended the 2015 show here at Kamata, Tokyo. I am glad I could attend their show again” said Kiohito. “Nepal has a special place in my heart and I am learning to speak Nepali as well. Nepali songs including those of Nepathya helps me to learn Nepali language and understand the culture.” He added. He also expressed his wish to come to Nepal and live.

When asked why he was thinking the other way round, when so many Nepalese aspire to come to Japan for better future and opportunity, he said , “In Japan you have opportunities. You wake up, go to work, come back, eat and sleep. There is no life. Whereas, when I visited Nepal I felt alive. Nepali people are fun-loving and the place is lively. Therefore, I wish to come to Nepal to live. I want to live life.”

The show that started with a video of Naramro Sapana, made with clippings of the 2015 earthquake linked the concert with Nepathya’s earlier show in Tokyo, when the band had dedicated their entire show for the cause of the earthquake. Referring to the song and the situation, Nepathya frontman Amrit Gurung said, “In 2015 we came to share sorrow with you, this time we come to share joy and celebrate 25 years of our musical journey. Let us all enjoy life and celebrate the culture we come from.”

The show then entered into a fun mode, where Nepathya performed their classic hits from Chekyo Chekyo to Bhedako Oon and recent releases like Sirfula and Kosiko Paani.

Among the audience was Amar Gurung, one of the organizers of the 2015 show. “I have been living in Japan for about 20 years now. I have seen many shows and musicians and I feel Nepathya is the only entity, who have kept their name and fame intact. Despite all the adversaries in the band’s earlier phase, Amrit has taken it to a level, where we all can feel proud of.” Said Amar Gurung, vice president of Tamu Samaj, the organizers of the 2015 show.

Amidst the fun part, when Amrit linked the monsoon in Nepal with flooding in Japan, the audience became emotional. “In your absence your parents or brothers must have recently completed the rice planting activities. Let us tell them, how one day you will join them.” Amrit said. “I saw news of flooding here in Japan, I feel for the victims. I also saw the preparedness in the community which saves people from such calamities. Nepal is also prone to flooding and in the absence of preparedness this monsoon, we are destined to lose innocent lives. I hope you will learn the Japanese skills of disaster preparedness and come back to share your skills with fellow countryman.” He added.

As the show entered a phase, where Nepathya performed their social numbers, the audience were all warmed up and seconded all appeal made by the singer. “I feel sorry to mention Dr. Govinda KC time and again. He and all of us have been deceived many times and the saintly doctor has to sit for a hunger strike often risking his health and life. Today as I sing here, he is sitting on his 15th hunger strike risking his life for the benefit of all the Nepalese. I urge you to stand by him in spirit, even if you cannot be physically present there.” He appealed. He then went on to sing Shyam Tamot’s song ‘Gaun Gaun Bata Utha’.

“The show is by far the Largest Nepali gathering in recent times. We are glad to be part of this event and serve the Nepali diaspora here” said Krishna Thapa of Goreto Productions, the organizing team. “Not only from audience participation point of view, but also from the technical excellence executed at the world call venue, makes this show a memorable one for all who attended.” He added.

“This show is yet another mile stone in the quest of headlining major venues around the world. Tokyo Dome City Hall is a reputed venue and we are glad to have performed here. The state of the art technical system makes this a memorable show for the band” said Kiran Krishna Shrestha of Nepalaya, the promoters and producers of Nepathya.

Among the audience was Nepal’s Ambassador to Japan Ms. Prativa Rana. “It is a great occasion for Nepalese living in Japan to experience Nepathya in this distant land.” She said.

Amrit was accompanied on stage by Dhruba Lama on drums, Suraj Thapa on Keyboards, Subin Shakya on bass, Niraj Gurung on guitars and Shanti Rayamajhi on madals.

After the show, Nepathya frontman twitted, “Thank you Tokyo… I always longed to perform in a venue with proper management in this metropolitan, where I carry a bitter memory of performing amidst 42 audiences. Today’s show at the Tokyo Dome City Hall is a dream come true. I, on behalf of Nepathya Band thank the organizers and the audience. We are so lucky to be blessed with such love.” 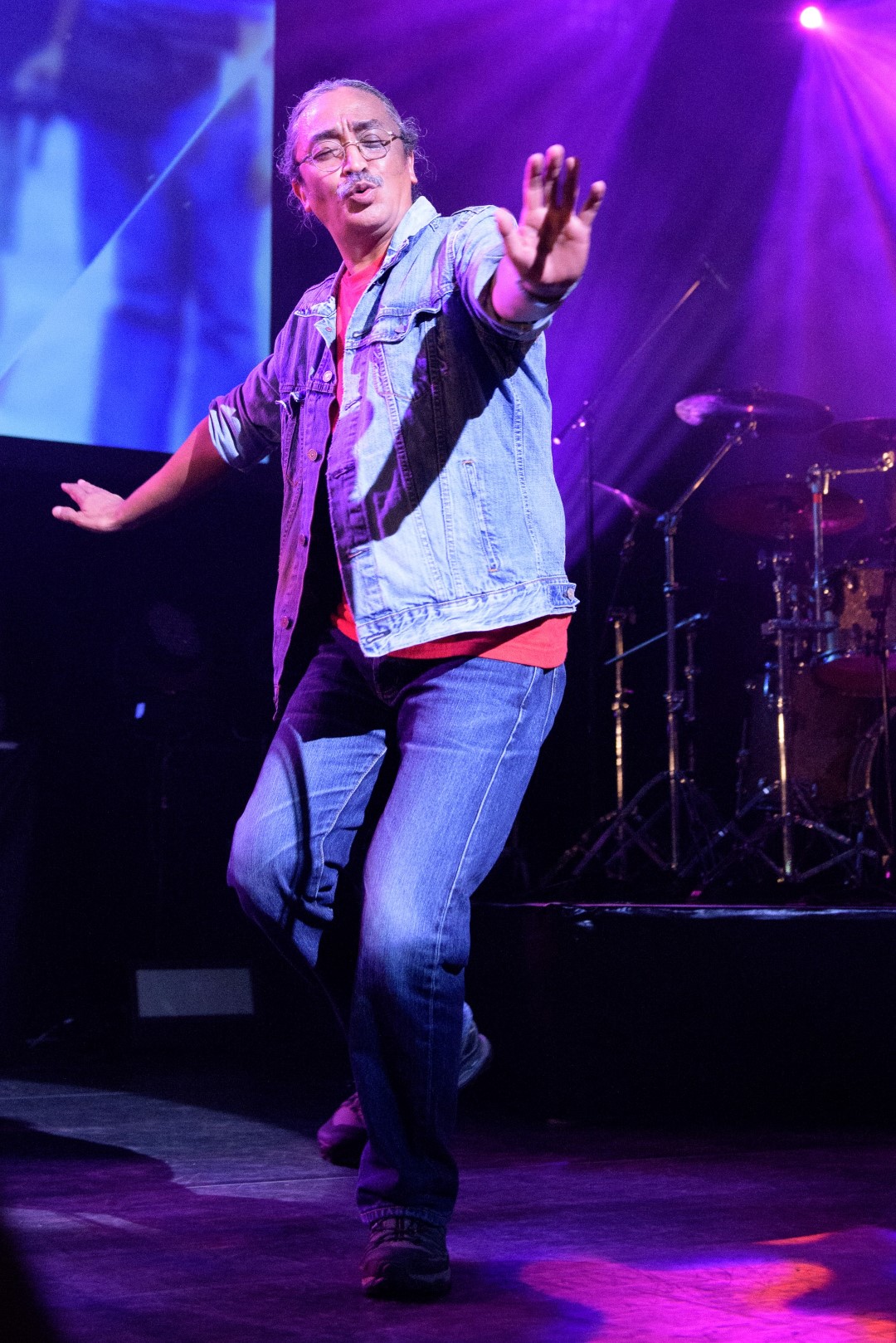 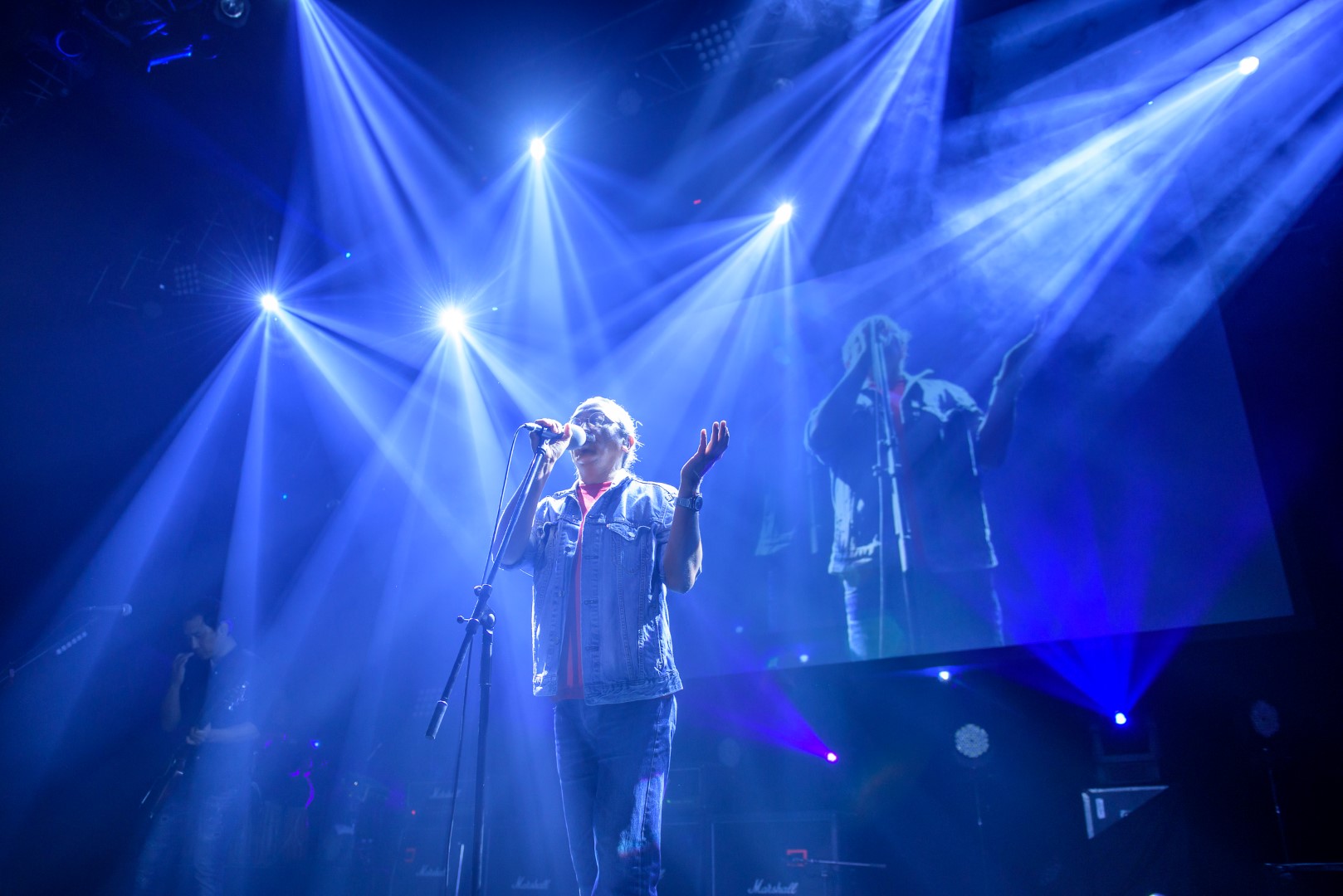 After a successful two city US tour, Nepathya is set to embark on a single show tour of Japan. According... Read More...

Nepathya to leave for Tokyo