There are many Nepalis who are doing and accomplishing great things around the world. As their list of achievements grows, so does our pride. But that’s not all. These people are inspirational and we could all learn a thing or two from them. 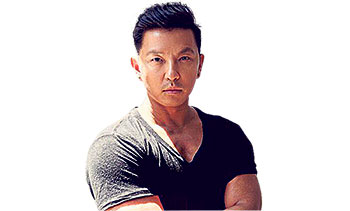 Prabal Gurung
Who better to start this list with than Prabal Gurung? Gurung is not a name that can be mentioned without ringing a bell or two among Nepalis. A celebrity fashion designer, Gurung’s clientele includes the likes of Michelle Obama, Amal Clooney, Oprah Winfrey, Nicki Minaj, Deepika Padukone and more. Gurung was born in Singapore to Nepali parents and he took a liking to the arts from a young age. Although he scribbled just about everywhere, it was his mother who suggested that he choose the right outlet for his creativity. Gurung chose clothes. From New Delhi to New York, he worked with all the fashion giants including Donna Karan, Cynthia Rowley and Bill Blass, Manish Arora and he eventually picked up the fashion industry know-hows and launched his own line in 2009.

Today, Gurung is one of the big names in events like the Met Gala. Critics praise Gurung for the eccentricity of his designs, and the “polished lady fare with a newfound youth and modernity” like nature of his designs. Gurung is just as well known for his forthrightness as he is for his clothes – he claims to be a feminist and an advocate for LGBTQ+ rights. In Nepal too, he is deeply involved in campaigns to end human trafficking and advocates women’s right to education among other issues. 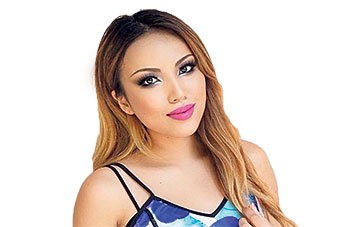 Promise Tamang Phan
Promise Tamang has 1.3 million followers on Instagram, 5.6 million subscribers, 1.6 billion channel views and is one of the most influential YouTubers on the web. She is a beauty guru so her channel (dope2111) started off with makeup tutorials – casual and the occasional party look. The channel eventually took off when she posted a transformative makeup tutorial of the Avatar’s Naavi’s look in the year 2010. The video was circulated all throughout the social medias (those that existed) making Promise wildly popular.

From then on, she posted her celebrity transformation videos. With highlighters, wigs and quite a lot complicated makeup application, she transformed into Miley Cyrus, Aishwarya Rai, Rihanna, Blackpink’s Lisa and many more. The resemblance was uncanny. Experimental makeup is currently popular in the mainstream media and Promise was one of the first people to bring experimental makeup tutorials on YouTube. Promise (Pratigya being her birth name) moved to the US after finishing her high school here in Nepal. Promise loved to dabble with her mother’s makeup when young and today she has taken that interest to another level. 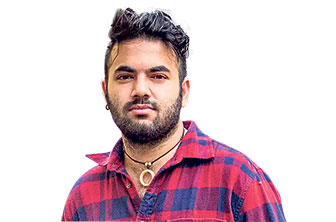 Lujendra Ojha
Remember what a revelation it was when scientists discovered water on Mars? All dreams and hopes of inhabiting the “Red Planet” finally looked like something that could come true. Also remember how blown away the internet was when they discovered that the person who is greatly credited in that finding was a 25-year-old and a heavy metal guitarist at that. While the world was busy with that, Nepalis were excited over the fact that the 25-year-old was one of them. Lujendra Ojha is a planetary scientist who was involved with the team of researchers who confirmed the existence of flowing liquid in Mars in the year 2015. Back then he was an undergraduate student. When Ojha was 15, he and his family moved to the United States for his father’s graduate studies. He had a whole phase with music at one point but eventually moved on to science. His rationale: “I wasn’t making enough money so I said let’s go to science, maybe there’s more money in it. But there isn’t money in science either.” 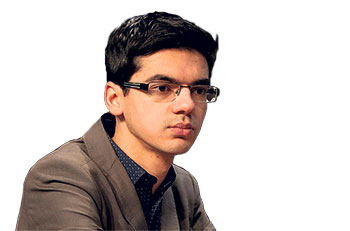 Anish Giri
With a chess ranking of world number four, GM Anish Giri is to the chess world as Avengers’ is to, well, the world. Having earned his Grandmaster (GM) norm at just 14 years, Giri is among the youngest players to have ever earned the title. Born to a Nepali father (Sanjay Giri) and a Russian mother (Olga Giri), Giri was born in St. Petersburg in Russia in 1994. Giri also spent a number of years in Japan as a result of his father’s work transfers and eventually settled down in Netherlands. A four time Dutch champion, Giri now represents Netherlands in competitive chess.

Growing in a country with a strong chess culture (Russia) and then spending years in countries that valued the game just as much, Giri started playing chess with his mother from the age of six. And it was evident early on that Giri was slated to achieve great things in the world of chess. To add to that, Giri is also fluent in Dutch, Russian, English, Nepali, Japanese, and German. And the wonderful thing is that Giri has accomplished all this at just 24.

A lot to learn

In a recent interview with The Week, designer Prabal Gurung said that everyone who is involved in the Nepali fashion... Read More...

I am gay and proud to be one: Prabal Gurung

Coronavirus detected in sewers of Kathmandu Valley
11 minutes ago

17 houses swept away by landslide in Bajhang, huge human loss feared
2 hours ago

Qatar returnee dies of COVID-19 in Gorkha
6 hours ago