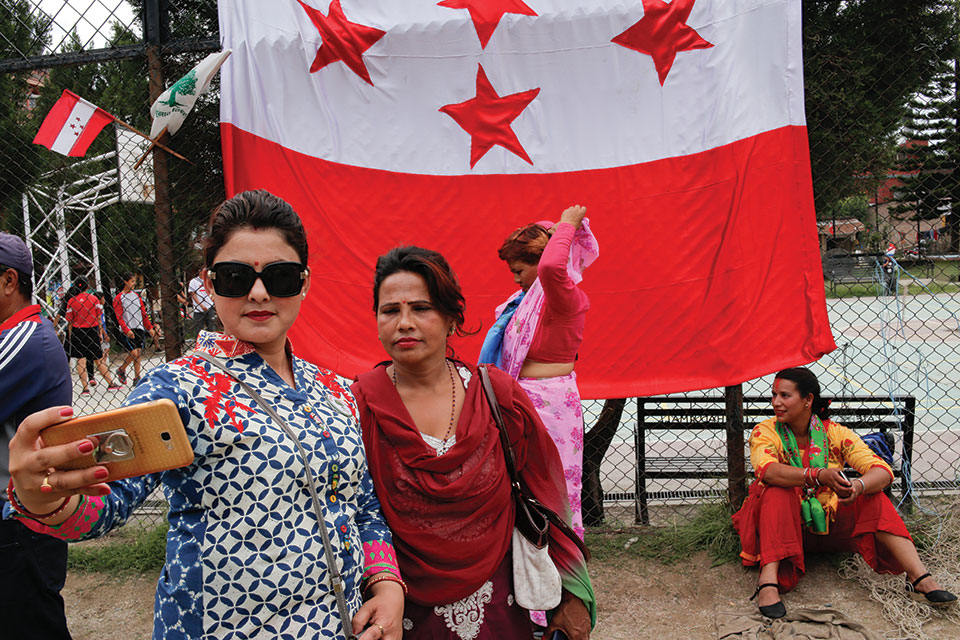 Does Nepali Congress have the vision to lead the country in the era of the Fourth Industrial Revolution? If answer is no, it has to get back to the drawing board

Nepali Congress, a political party, considered to be a stalwart of democracy in Nepal, experienced a huge setback in the last general election from ‘Leftist Alliance.’ The four years after the last election will probably be the longest time till date the party will have been outside of the ruling government in a multi-party political system. This is because the leaders have become blind as a bat to realize that the party has metamorphosed into a maladroit and is unable to make rapid tactical maneuvers needed to thrive in the hyper-globalized world of the 21st century.

Therefore, if the party is to rise from its ashes and bring back its luster, it will have to revisit its roots, become agile, and at the same time be more responsive to the real needs of Nepali people.  Simply put, it will have to pull every trick in the book if it is to reign supreme in the next election.

Nepali Congress has always been at the forefront of democratic movements in Nepal. The party successfully led the democratic uprising of 1950, 1990 and 2006. Later in 2015, then Prime Minister Sushil Koirala successfully garnered support from the Constituent Assembly to endorse the constitution with overwhelming two-thirds majority. However, the original plan was to promulgate a constitution through the Constituent Assembly in the 1950s.

Vision unrealized
Rana oligarchy fell in 1951 after which King Tribhuvan announced the interim constitution and promised a new constitution through the Constituent Assembly. He died in Switzerland in 1955 under a mysterious circumstance. The new constitution was announced in 1959 after which the first general election was held. BP Koirala became the first elected Prime Minister of Nepal. Unfortunately, eighteen months to the election, all political parties were banned, the elected Prime Minister was arrested, and the party-less Panchayat system was announced.

BP Koirala believed in democratic socialism.  He considered capitalism to be unsustainable and communist to be impracticable.  More importantly, he understood the welfare mechanism of democratic socialism would be necessary to elevate the socio-economic condition of the extremely marginalized section of Nepali people. Many at that time confused Koirala for an idealist living in the la-la land because hyper-capitalism, democratic socialism, and communism were still in an embryonic stage.

A lot has changed since then. The mighty Soviet Union has collapsed. Crony Capitalism has contributed to inequality and life-threatening climate change. The Nordic countries are enjoying magical prosperity boasting the highest quality of life on earth. They have become the poster child of welfare states where the national governments play a key role in the protection and promotion of economic and social wellbeing of citizens. Nepal, without the multi-party system, metamorphosed into a byzantine monolith built on a Soviet model of state centralism. On the other hand, the Panchayat system fell in 1990 leaving the country as one of the least developed countries in the world.

After the re-establishment of multi-party democracy in 1990, Nepali Congress was once again on driver’s seat, but the party, mistakenly, chose neo-liberalism overlooking the ideology of socialism suggested by B P Koirala. The neo-liberalists believe the market can do almost everything more efficiently than the government and thus advocate privatization, deregulation, trade liberalization and tax cuts. Neo-liberal policies coupled with competent leadership, strong regulatory institution and policies can be a good thing. However, in Nepal’s case, the capitalist reforms were brought without good homework, thus failed to address the socio-economic inequalities and ensure distributive justice in the country. These design-reality gaps created a huge disparity turning the country into the Banana Republic.

Traditionally, politicians and political parties were categorized as “right” and “left ” reflecting the fundamental divide between the industrial and agriculture working class. Such is not the case now for Nepali society is not straightforwardly organized anymore. The emergence of transport networks and cities has challenged the agrarian lifestyle of the Nepali society. Increasing numbers of farm workers have opted for assembly lines jobs in the cities. However, poor working conditions in the factories gave rise to the trade union movement—the backbone of left-wing politics.

Trade-union politics demanded protection for factory workers, which is a good thing in itself, but the massive politicization of the trade unions created a bad business and investment environment in the country. This increased unemployment and youths started leaving the country looking for opportunities elsewhere.

Making amends
Nepal is now slowly correcting the mistakes made in the last century. It now has a federal setup.  The new set up is a significant improvement from the Soviet-style centralized system of governance of the yesteryears. The new setup permits diversity, disperses power, increases political participation, and improves efficiency. But this setup upgrade will not be able to deliver on its promises if the political parties keep operating with the mindset suited for the last century.

The mainstream political parties established in the 19th century are slowly becoming defunct for various reasons.  First, they have not evolved their modus operandi and political doctrines for the 21st century world that is increasingly becoming global and borderless. Second, their policymaking practice is still overly centralized. Third, political parties have become a cradle of corruption and nepotism. Fourth, the members are usually victims of groupthink and are not able to think outside of the box. Finally, the elected officials argue endlessly in senseless debates in the Parliament in the subject matter in which they have no competence. This is not good news for democracy.

As for Nepali Congress, it has not been able to adapt quickly to the changing times. On the contrary, the left has always been extremely agile and are able to quickly calibrate the party policies, strategies, and tactics with the changing times. As a result, they have successfully managed to change the status quo of Nepali politics and are thriving well in the techno-capitalist world order of the 21st century as well. Additionally, the left has also embraced democratic socialism and is now prescribing rapid socio-economic development and promoting social innovations.

Thus instead of passing the buck, Nepali Congress has to take the bull by the horns and make the necessary changes immediately so that it can reign triumphant in the next general election.  The billion-dollar question is: Does Nepali Congress have the vision to lead the country in the era of the Fourth Industrial Revolution?

If the answer is no, then it has to immediately get back to the drawing board.

KATHMANDU, Nov 22: A senior leader of the main opposition party, Nepali Congress (NC), has objected seriously to preparations by the... Read More...