Nepali citizens to be charged conservation fee to visit Lumbini 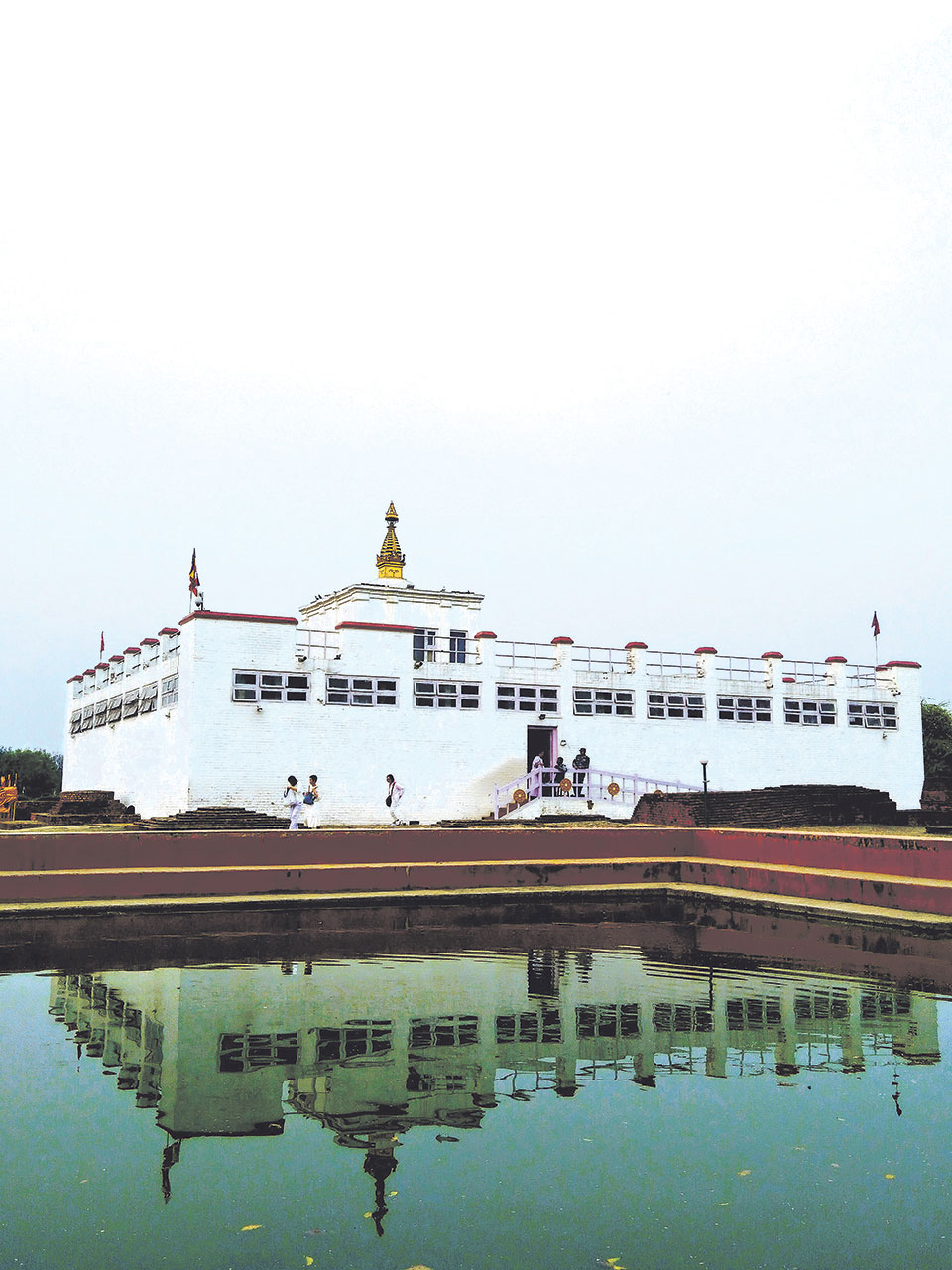 Kathmandu, July 28: Now onwards, Nepali citizens will have to pay conservation fee to Lumbini Development Trust (LDT) in order to visit Lumbini, the birthplace of the Buddha.

The trust has announced to charge Rs 20 per person as Greater Lumbini Conservation and Service Fee to Nepali citizens. Students will receive a fifty percent discount. The trust said that it imposed the fee in order to expand its revenue sources. The fee will come into effect from August 17 this year.

"This is not an entrance fee, but rather a conservation fee that will be invested on the Lumbini area only. The amount is just for the development and conservation of Greater Lumbini project," said Gyanin Rai, an official of the LDT. At the moment, the LDT is only charging fees from foreign tourists.

According to the LDT, Nepalis will have to pay an additional Rs 50 to carry a camera and Rs 500 to carry a video camera inside the area. Meanwhile, one has to pay Rs 5,000 for video shooting inside the Lumbini area.

However, locals from Rupandehi, Kapilvastu and western parts of Nawalparasi are not obliged to pay conservation fee to visit Lumbini area. "Locals from these three areas have to bring their identification card for free visit to Lumbini," Rai told Republica.

Similarly, based on the updated service fees, Indian tourists have to pay Rs 40 as a conservation fee, tourists from other South Asian Association for Regional Corporation (SAARC) countries and Myanmar have to pay Rs 200.

Tourists from other countries have to pay Rs 500. At the same time, Rs 50 for camera, Rs 500 for video camera and Rs 55,000 for video shooting will be charged to Indian tourists.

Tourist from SAARC countries and other third countries have to pay Rs 220 to carry camera, Rs 2,200 for video camera and Rs 55,000 for video shooting inside the premises of Lumbini area. The LDT however has said that monks and nuns are exempted of conservation and service fees.

"The amount is still less than what they charge at other famous tourist destinations of the countries," Rai said. "Even before this, we have been levying less than other destinations and this will continue even after August 17."

The LDT has expected that the new fees will be a support for self-sustainability of Lumbini. More than a million tourists including Buddhist pilgrims visit Lumbini every year.

In 2017, around 1.2 million domestic tourists visited Lumbini while around 300,000 foreign tourists visited the place. This number has been expected to grow more after the completion of ongoing airport project at Bhairahawa.

The government has set a target to complete the construction of Gautam Buddha International Airport (GBIA) by 2019. Many tourists are expected to arrive in Nepal just to visit Lumbini. Those tourists whose only target is Lumbini will be benefited by the construction of GBIA, and their number will rise drastically once the airport starts operating, according to the LDT officials.

The Greater Lumbini Area  covers an area of 5260 square kilometers, including Rupandehi, Nawalparasi and Kapilvastu districts in the southern plains of western Nepal. It includes various sites of religious and archeological importance such as Lumbini, Kapilvastu, Kudan, Gotihawa, Niglihawa, Araurakot, Sagarhawa, Devdaha and Ramagrama. The government is spending Rs 700 million in projects being run under the Lumbini Master Plan.

BEIJING, July 1: The Ministry of Foreign Affairs of China has hinted of a possible high-level visit from Nepal to China... Read More...