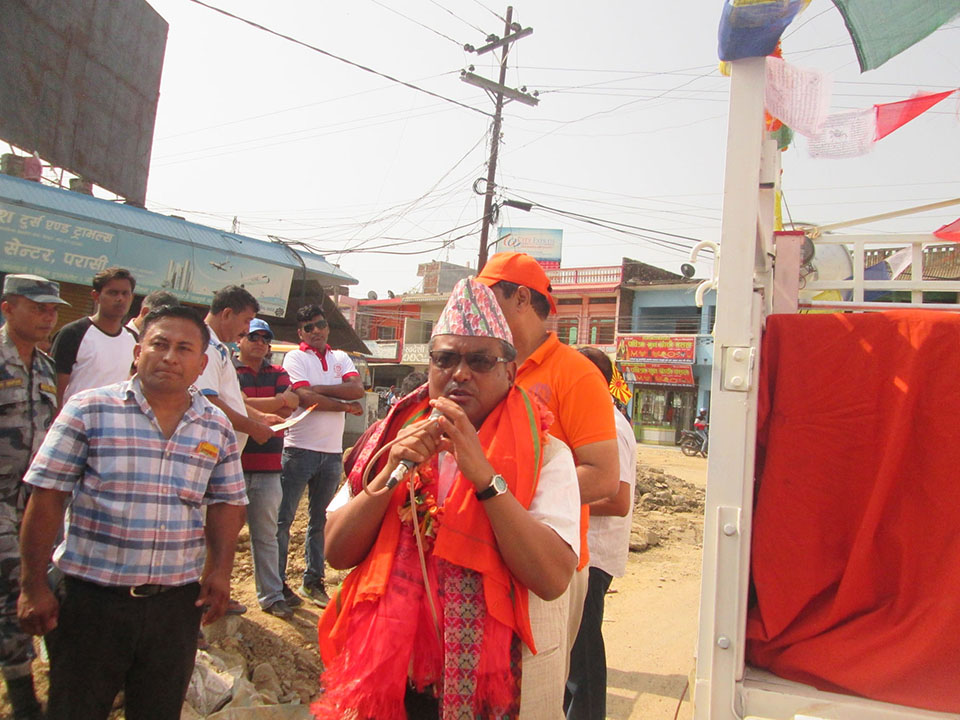 PARASI, May 26: The second phase 'road show' aimed at publicizing the Lumbini Visit Year 2076 has started from today at Ramgram Stupa here this morning.

The second phase road show started from here this morning. On the occasion, State 5 government spokesman and minister for physical infrastructure development, Baijnath Chaudhary, observed that the first phase roadshow conducted before this had a good impact and the second phase would also give a fillip to the publicity campaign. Mayor of Ramgram Municipality, Narendra Kumar Gupta stressed on the need of developing Lumbini and Ramgram at equal footing, saying the municipality has been making continuous efforts for the development of Ramgram and Panditpur, the places related to the life of the Buddha.

A 30-member team has set out from Parasi on a journey to Jhapa, a district at the eastern border of the country to promote the Lumbini Visit Year 2076. The team comprises tourism entrepreneurs, journalists and representatives of the municipalities concerned. It is led by Siddhartha Hotel Association.

The road show will be held at major cities – Bharatpur, Hetauda, Bardibas, Janakpur, Lahan, Itahari, Dharan, Bhedetaar, Biratnagar, - in State 3, State 2 and State 1 in the course of its onward journey to Jhapa. Publicity materials about the Lumbini Visit Year would be distributed and the people of these states invited to visit Lumbini, said Rabin Sharma Ghimire, coordinator of the Road Show Taskforce.

Nepali citizens to be charged conservation fee to visit Lumbini

KATHMANDU, Mar 7: What comes to your mind when you hear about Lumbini? Certainly peace and serendipity as it is the... Read More...