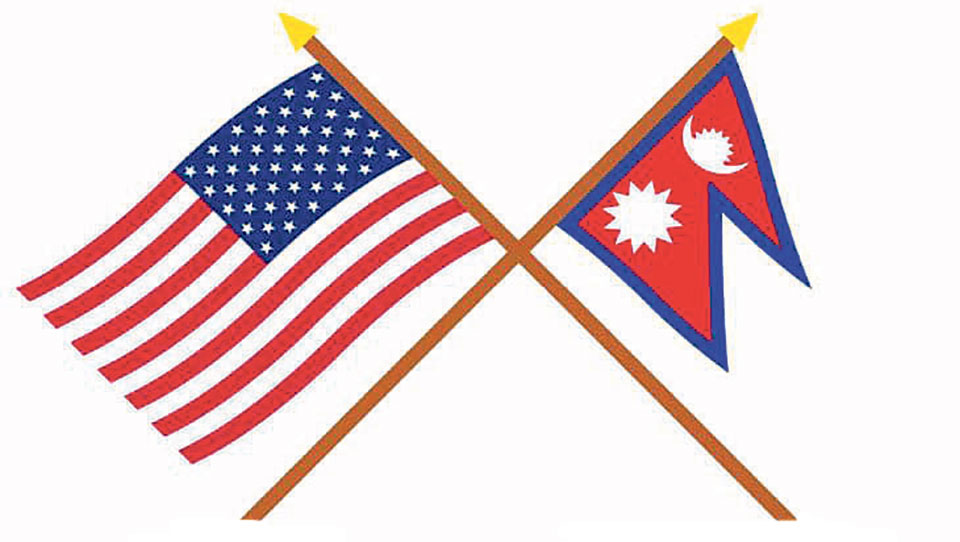 KATHMANDU, Dec 17: After a hiatus of almost 17 years, Nepal and the United States are holding a bilateral consultative meeting to review the bilateral relations in the changed political reality in Nepal and explore new areas of cooperation in line with Nepal’s national priorities.

Foreign Minister Pradeep Gyawali is leaving for the US on Monday to hold a meeting with the US Secretary of State Michael Pompeo. The meeting has been scheduled for December 18, according to the Ministry of Foreign Affairs (MoFA).

Foreign policy experts in Kathmandu said the invitation by the US to hold a bilateral consultative meeting with Nepal could be interpreted as the importance the US attaches to its relations with Nepal. Last such bilateral meeting between Nepal and the USA had taken place during the visit of US Secretary of State Collin Powell to Nepal back in 2002—the time when the Maoist armed insurgency was at its peak.

Addressing a public function in Gulmi on Sunday, Foreign Minister Gyawali termed the upcoming visit ‘significant’, as this dispels the notion that the USA always looks at Nepal through New Delhi’s lens. He also claimed that the view of the US toward Nepal will change after the meeting.

During his stay in Washington DC, Minister Gyawali will hold meetings with high-level officials from the White House, USAID and the Millennium Challenge Corporation (MCC), among others. He will also hold meetings with US senators and Congressmen.

Foreign policy experts in Nepal also argue that the visit will also dispel speculations in Nepal that the US government is not comfortable with the current leftist government.

As usual, the foreign minister’s visit will be focused on boosting trade, tourism, investment and people-to-people contact and various other potential areas of cooperation. Nepal will formally propose establishing a bilateral consultative mechanism between the two countries during the meeting, according to officials. The idea behind this is to streamline the areas of cooperation in line with Nepal’s national priorities and maintain documentation of the outcomes of the meetings.

Although a Memorandum of Understanding (MoU) to set up such a mechanism with the US is less likely this time, Nepal and the US will have consultation meeting at the level of foreign secretary of the two countries, officials said. While the Nepali delegation will be led by Foreign Secretary Shanker Das Bairagi, the US delegation will be led by Principal Deputy Assistant Secretary for South and Central Asian Affairs at the Department of State Alice G Wells.

The Nepali delegation consists of Nepali ambassador to the USA Arjun Kumar Karki, joint secretaries from MoFA and Ministry of Finance, Ministry of Home Affairs and officials from the Nepali Embassy in Washington DC. Minister Gyawali is scheduled to return home on December 21.