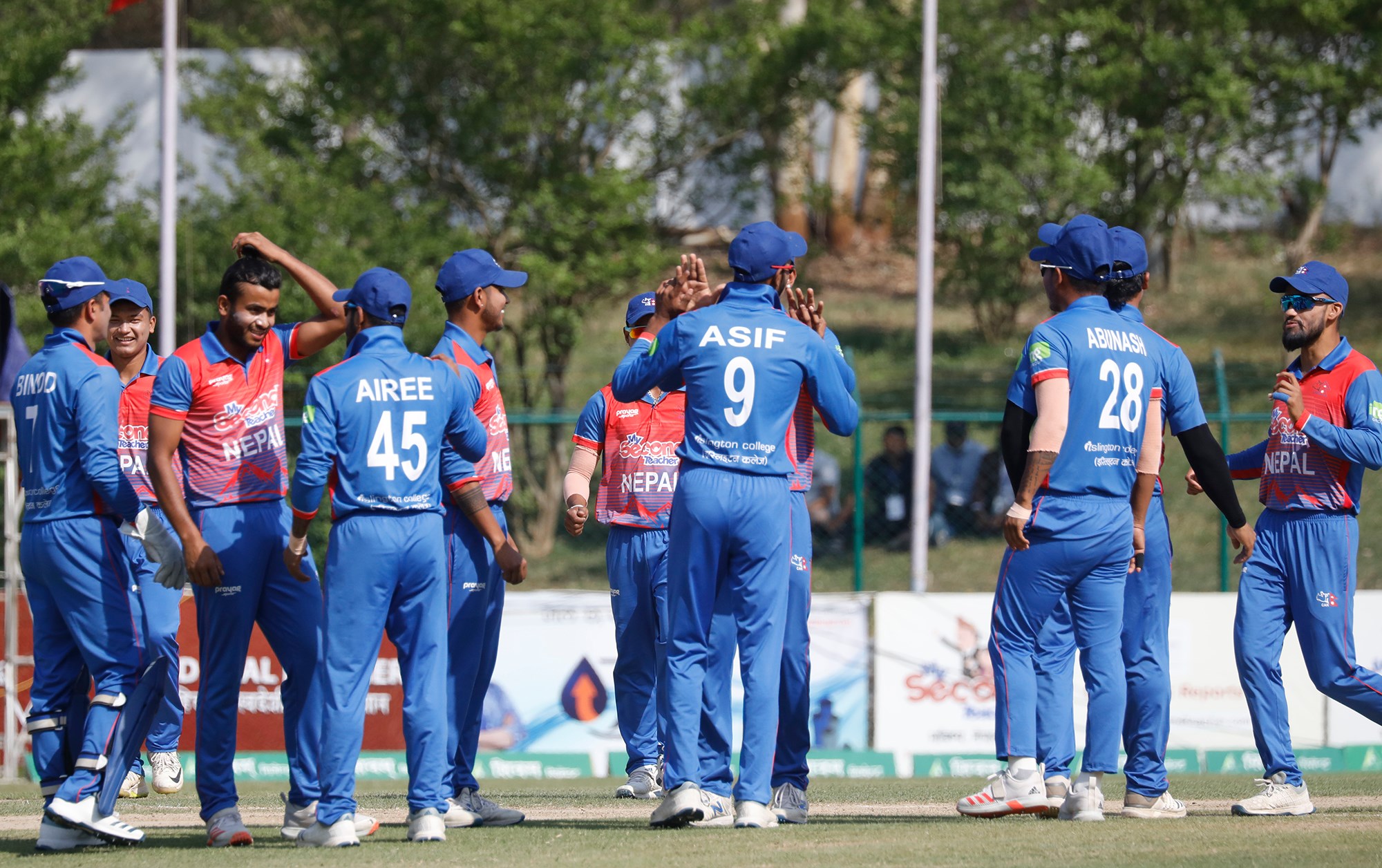 KATHMANDU, April 24: Nepal has registered an easy win against the Netherlands in the final match of the Tri-Nations T-20 Series held at the Tribhuvan University Cricket Ground, Kirtipur.

The Dutch line-up stumbled and could score only 96 runs while chasing the mammoth target of 239. The visiting team lost all its wickets in the 18th over with 16 balls yet to be bowled.

After being invited to bat first by the Dutch team, Nepal scored a huge total of 238 for the loss of three wickets in the allotted 20 overs. This is the highest total scored ever by Nepal in a T-20 international. Nepal, thanks to Kushal Bhurtel’s 77 runs off 53 balls and Kushal Malla’s unbeaten 50 runs from 24 balls, was able to post a huge total. Vice captain Dipendra Singh scored 48 runs and skipped Gyanendra Malla added another 33 runs to Nepal’s innings.

In the bowling department, Nepal’s Karan KC sent two Dutch batsmen to the pavilion while Kamal Singh Airee and Sandeep Lamichhane took two wickets each. Two other batsmen of the visiting team were run out, thanks to Nepal’s excellent work in the field.

Karan KC was declared the player of the match.

KATHMANDU,April 24: Hosts Nepal and the Netherlands are playing in the final match of the ongoing Tri-Nations T-20 Series at the... Read More...

Nepal thrash Malaysia by 69 runs, will take on the Netherlands in final

KATHMANDU, April 22: Nepal beat Malaysia by 69 runs in a match under the ongoing Tri-Nations T-20 Series played at the... Read More...