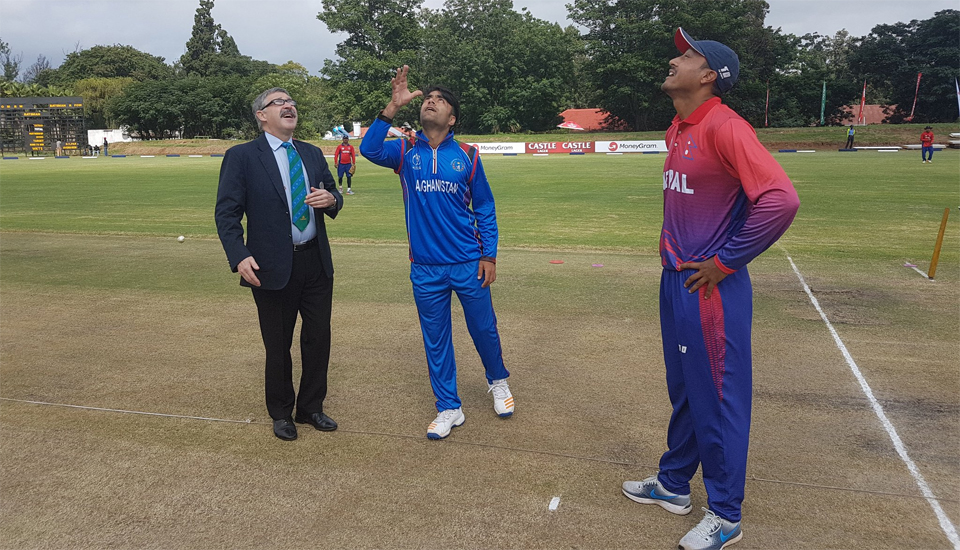 KATHMANDU, Mar 10 : Nepal has set a target of 195 runs for Afghanistan at the ICC World Cup Qualifiers 2018 underway at Bulawayo Athletic Club, Zimbabwe on Saturday.

Electing to bat first after winning the toss, Nepal made 194 runs losing all the wickets in 49.5 overs.

Skipper Paras Khadka top-scored with 75 runs studded with one six and 10 fours off 82 balls.

Likewise, Deependra Singh Airee made 32 runs including one six and three fours off 41 balls wile Gyanendra Malla and Aarif Sheikh contributed 23 runs each off 69 and 36 balls respectively.

Ten teams are battling for two spots at the ICC Cricket World Cup to be held in 2019 hosted by England and Wales. The top three from each group goes through to a Super Six stag at which the teams will play three games each against the sides of opposite group.

All points won in the groups will be carried over to the Super Six stage apart from those gained against the bottom two from each group.

The top two teams from the Super Six final standings will play a final, and both teams will qualify for the World Cup.

KATHMANDU, July 25: Afghanistan posted a 196-run target for Nepal in the final match under the ICC U-19 World Cup... Read More...

A small number of Nepali nationals deployed for the security of the UN agencies that are providing essential services to... Read More...