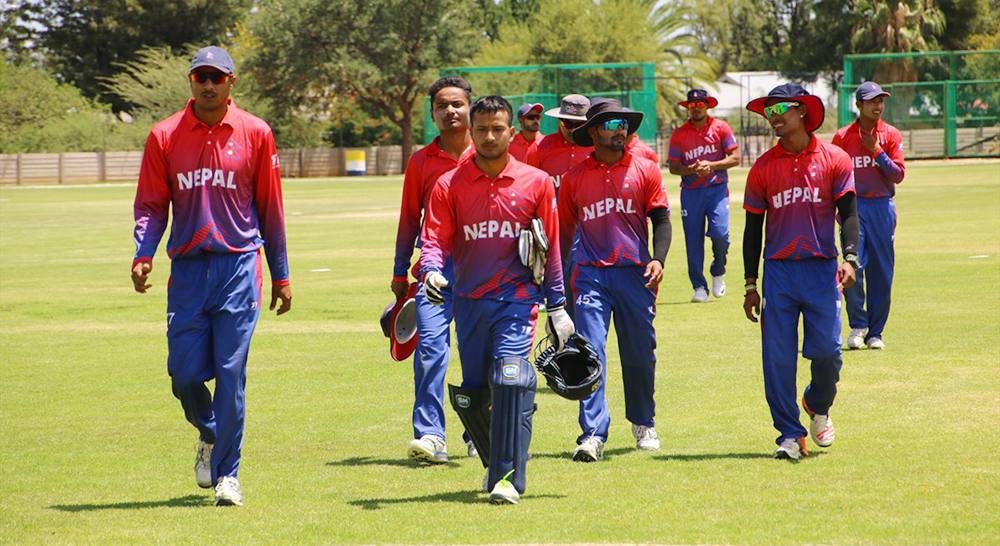 Najibullah Zadran smashed highest 52 runs studded with three sixes and four fours off 47 balls, Rahmat Shah scored  46 runs including five fours off 75 deliveries while Mohammad Nabi made 34 runs including one six and two fours off 32 balls.

Earlier, electing to bat first after winning the toss, Nepal made 194 runs losing all the wickets in 49.5 overs.

Skipper Paras Khadka top-scored with 75 runs studded with one six and 10 fours off 82 balls.

Likewise, Deependra Singh Airee made 32 runs including one six and three fours off 41 balls wile Gyanendra Malla and Aarif Sheikh contributed 23 runs each off 69 and 36 balls respectively.

Ten teams are battling for two spots at the ICC Cricket World Cup to be held in 2019 hosted by England and Wales. The top three from each group goes through to a Super Six stag at which the teams will play three games each against the sides of opposite group.

All points won in the groups will be carried over to the Super Six stage apart from those gained against the bottom two from each group.

The top two teams from the Super Six final standings will play a final, and both teams will qualify for the World Cup.

Retreating Russians leave their comrades’ bodies behind
19 hours ago

Motorcyclist killed after being hit by Scorpio
12 hours ago

Motorcyclist killed after being hit by Scorpio
12 hours ago