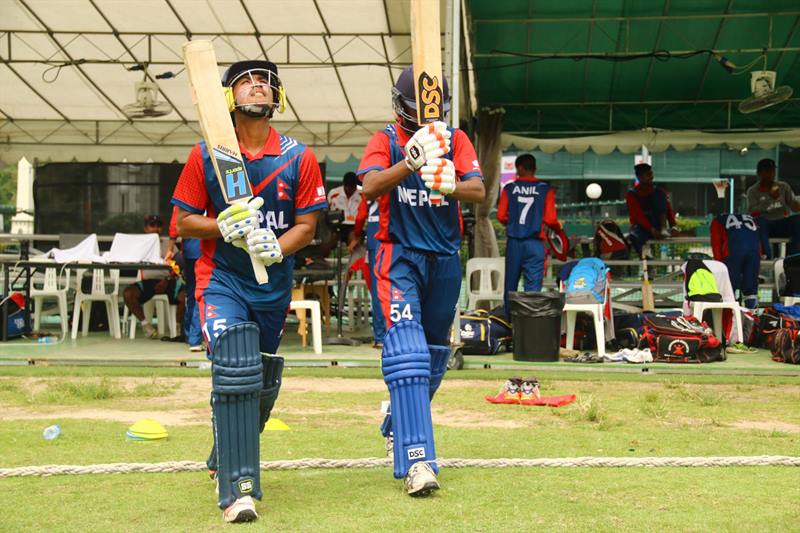 KATHMANDU, July 25: Afghanistan have sealed the berth for the next year’s ICC U19 World Cup to be held in New Zealand.

Nepal with an impossible task of ousting Afghanistan on net run-rate faltered soon as Afghanistan controlled majority of the match eventually winning by 96 runs.

Bowlers and Ibrahim Zadran rose to the occasion and registered only second century of the tournament after Singapore’s Rohan Rangarajan.

Nepal was dismissed for 99 runs in the 41st over chasing the target of 196 set by Afghanistan. Mujeeb Ur Rahman and Yusuf Zazai, the second and third highest wicket-takers of the tournament added three and four scalps respectively to their tally to bundle out Nepal.

Dipendra Singh Airee top-scored for Nepal with 48 runs but he found little support from the other end as Pawan Sarraf and Prakash KC were the only other double digit scorers for Nepal with 10 runs each to their names. Airee smashed seven boundaries and a six before falling short of his second fifty of the tournament.

The next top score with the bat was 24 made by wicket-keeper Ikram Ali Khil. They both added 74 runs for the fifth wicket partnership. Afghanistan was 154 for five in 36th over before losing next six wickets for 41 runs. Dipendra Singh Airee picked up three wickets. Sandeep Lamichhane and Pawan Sarraf chipped in with one wicket each.

Afghanistan has qualified for the ICC U-19 World Cup winning all the matches in the tournament racking up 12 points. Nepal finished second in the group table eight points wining two matches each against Malaysia and Singapore, simultaneously, losing two against Afghanistan.

Dipendra Singh Airee scored the only half-century of the tournament for Nepal against Singapore in the 4th match. Sandeep Lamichhane was leading wicket taker of the tournament claiming 24 which is also a new Nepal record of taking most wickets in a tournament.