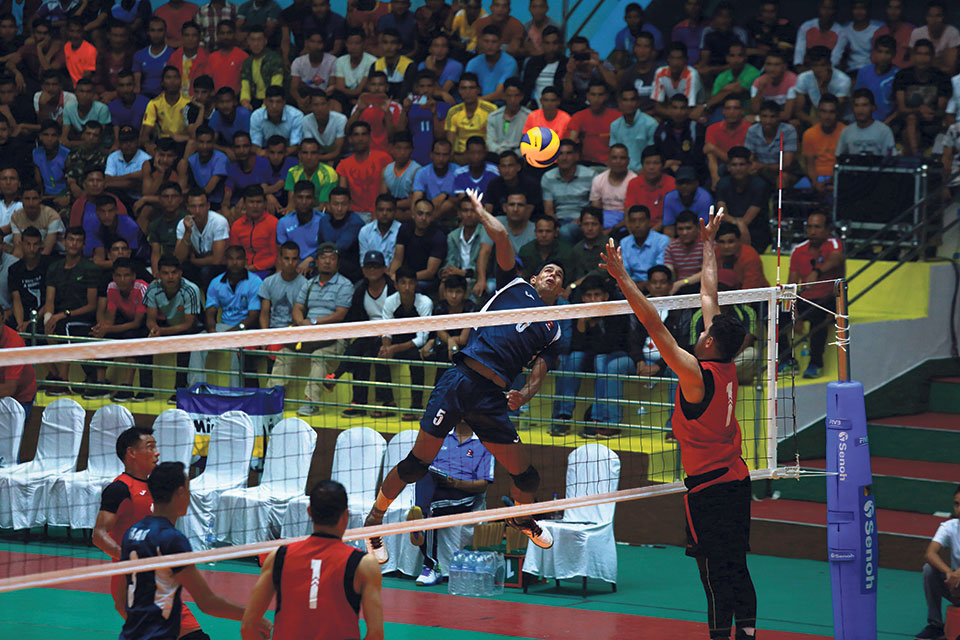 Having already registered two friendly wins against Afghanistan, Nepal’s confidence is high enough to make it to the final, and Captain Em Rana Magar is hopeful his side will be able to perform well since the tournament is being held at home this time.

“Almost all the teams in the tournament are of the same level, but they have the height advantage in comparison to Nepali players. We have played against all of them.

We have played competitively against the strong teams of the tournament and have gained experience,” said Magar, who has played all the four earlier editions for Nepal.

“But we have the advantage of home crowd this time. This is a chance for us to prove ourselves. Our target is to reach the final.”

The participating teams are divided into two groups. Nepal is pitted in Group B which features three teams—Nepal, Kyrgyzstan and the Maldives.

The defending champion Turkmenistan, Bangladesh, Uzbekistan and Afghanistan are in Group B.

Skipper Magar, who sustained an injury in the first friendly win against Afghanistan, is fit to play against Kyrgyzstan on Monday, said team manager Mangal Shrestha.

“It has been confirmed that Em will return in the team. He has shown signs of making a return after we conducted normal practice on Saturday and Sunday,’’ Shrestha said.

“All the three players are fit to return in the match. Em, Dhan Bahadur Bhatta and Ishwar Thapa Magar were given rest for the second friendly for this match.”

Em sustained a calf injury during the fourth set match of the first friendly match against Afghanistan, while Bhatta and Magar also sustained injuries in the same match.

“The support of home crowd and the advantage of home court will certainly be there for the Nepali team.

I am hopeful that Nepal will utilize its experience from friendly matches and perform to the fullest,’’ Rimal said.

“We are fully prepared. Our target is not impossible if we manage to show our usual game. I believe we can write history reaching the final.”

The AVC General Assembly in 2017 in Maldives gave the hosting rights to Nepal for the fifth edition of the tournament.

Despite limited physical infrastructure, the Nepal Volleyball Association is organizing the tournament for the sake of national pride. The association also aims to get exposure in international volleyball through the event.

This is the first time Nepal is hosting a tournament of such big stature.

President did not follow rules and procedures: General Secy Gurung
47 minutes ago

Flying drones within five km of TIA banned
4 hours ago