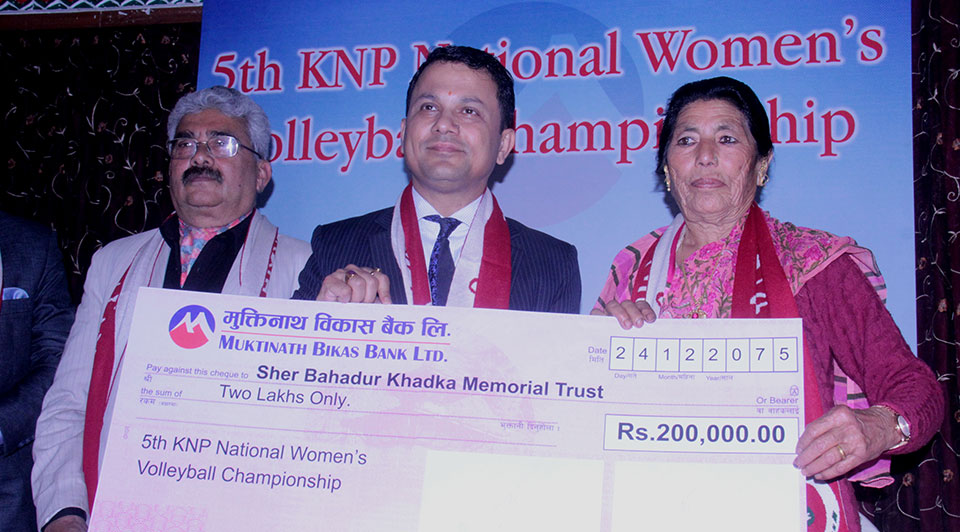 The foundation’s patron Gamali Khadka and the bank’s Chief Executive Officer (CEO) Pradhunna Pokharel signed on the agreement amid a press meet organized in Kathmandu on Sunday.

According to the agreement, the bank will be providing the winner of the tournament with Rs 200,000.

“We are excited to be connected with Nepal’s national game volleyball through this tournament to be organized by the Sher Bahadur Foundation,” Pokharel said, “We will give this agreement continuity in the coming days.”

Earlier, Durbarmarg’s The Regal Inc had announced to reward the members of the winning team with 16 pairs of suit pieces worth a total of Rs 456,000.

The president of the foundation, Ranjan Khadka, said that the role of the corporate sector was very important in the development of Nepali sports.

Apples worth Rs 500 million exported from Mustang
24 minutes ago