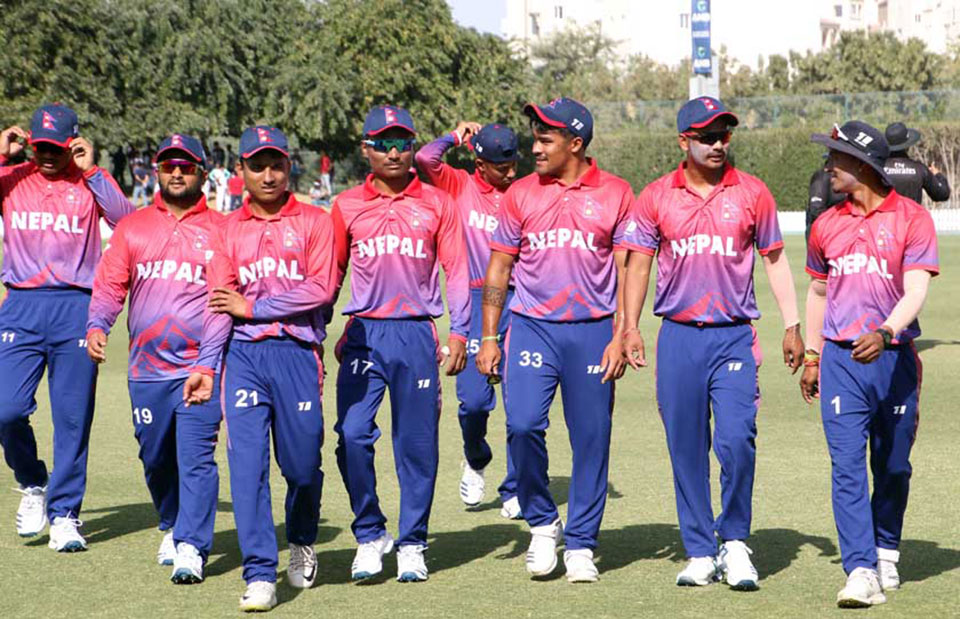 KATHMANDU, Feb 1: Nepal registered a victory in the second match of the ongoing T20 International Series held at the ICC Academy Ground at Dubai on Friday. With this win, Nepal has leveled the 3-match series by 1-1, keeping the hope alive for winning the series.

Likewise, Pradip Airee, Gyanendra Malla and Sandip Jhora made 8, 7 and 1 run respectively while skipper Paras Khadka could not collect even a single.

Earlier, after winning the toss UAE elected to bat first and made 107 runs in 19.2 overs losing all the wickets.