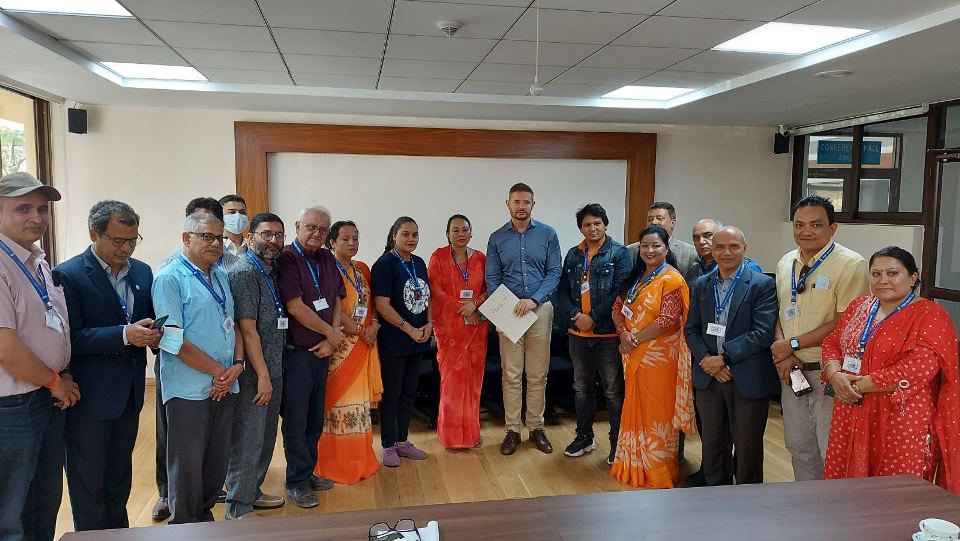 KATHMANDU, August 29:  A memorandum addressed to UN Secretary-General António Guterres alerting him to “multiple flaws” in the transitional justice amendment bill before Nepal’s Parliament was handed over this morning to the UN Resident Coordinator Richard Howard by a group of conflict victims and human rights defenders.

A copy of the letter was handed over for transmission to Michelle Bachelet Jeria, UN High Commissioner for Human Rights.

The letter seeks the good offices of the Secretary-General to ensure necessary amendment of provisions that are perpetrator-friendly. It reminds the Secretary-General that the United Nations has been a meaningful partner in Nepal’s peace process, which makes it surprising that the respective Special Rapporteurs, the OHCHR and other UN entities have not publicly reacted to the transitional justice bill.

Among other matters, the memorandum states that the transitional justice bill does not follow the directives of the Supreme Court of Nepal and violates international principles and practice on transitional justice. Issues related to differentiations made between ‘murder’ and ‘cruelly conducted murder’, coercion on victims for amnesty, provisions for reduced sentencing and absence of due process are some of the flaws mentioned. The absence of the issue of child soldiers in the bill, even though it has been so well recognized by the United Nations in the context of Nepal, is also mentioned as a grievous flaw. All in all, “the amendment bill is designed to provide de facto immunity to perpetrators of both sides (Maoists and state security personnel),” states the letter.

The letter states that “Nepali society is capable of developing a just, humane and realistic transitional justice process, one that will be exemplary at the international level. This is also why we hope that the United Nations will remain engaged on the matter.” The text asks the Secretary-General’s good offices to seek amendment to the bill as recommended by victims of conflict and human rights defenders.

At the meeting, following presentations by victims’ representatives and human rights defenders, UN Resident Coordinator Richard Howard updated the gathering on the United Nations’ position and activities related to transitional justice in Nepal and said that the Organization remained committed to values inherent in the transitional justice process.

Full text of the letter: 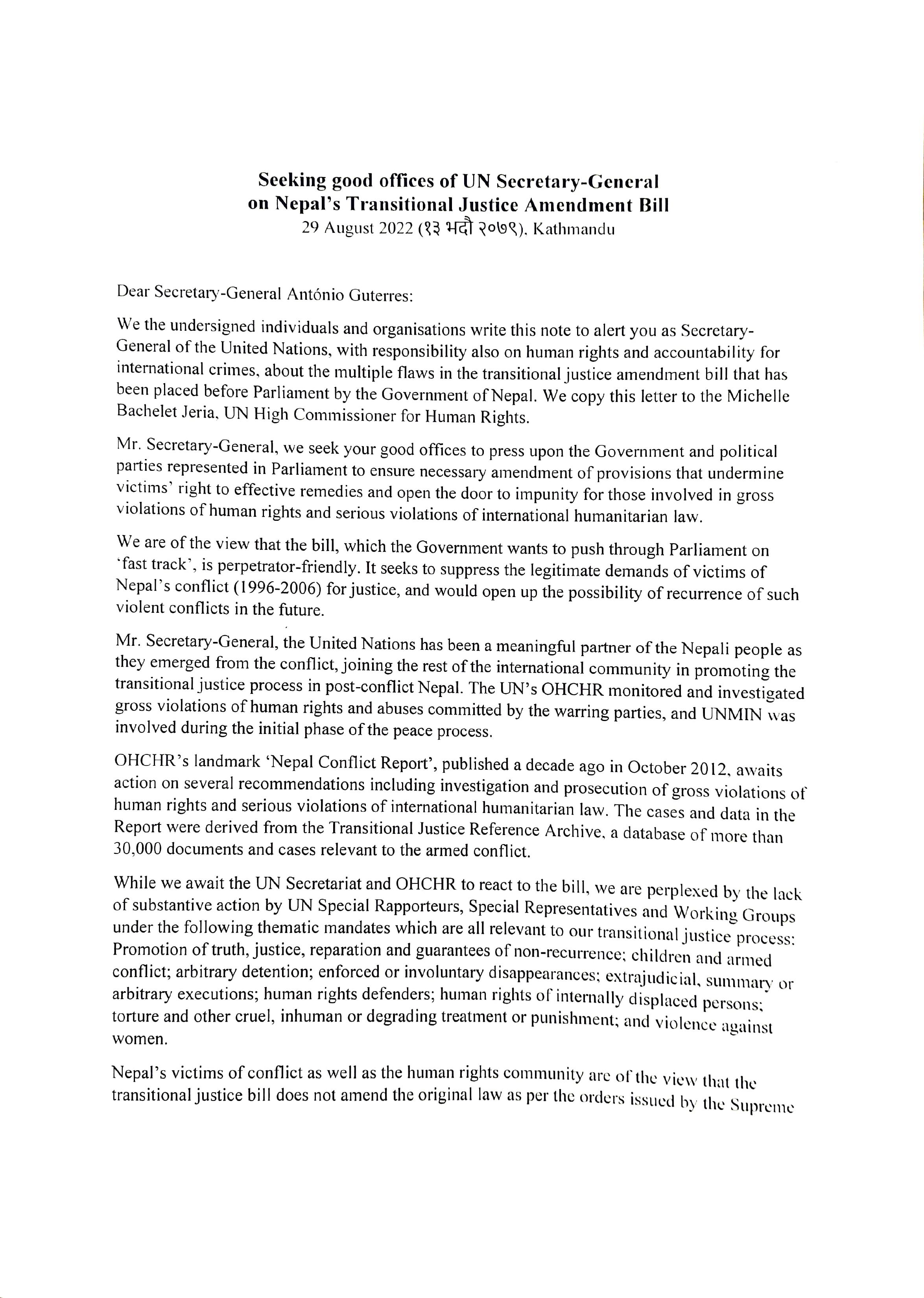 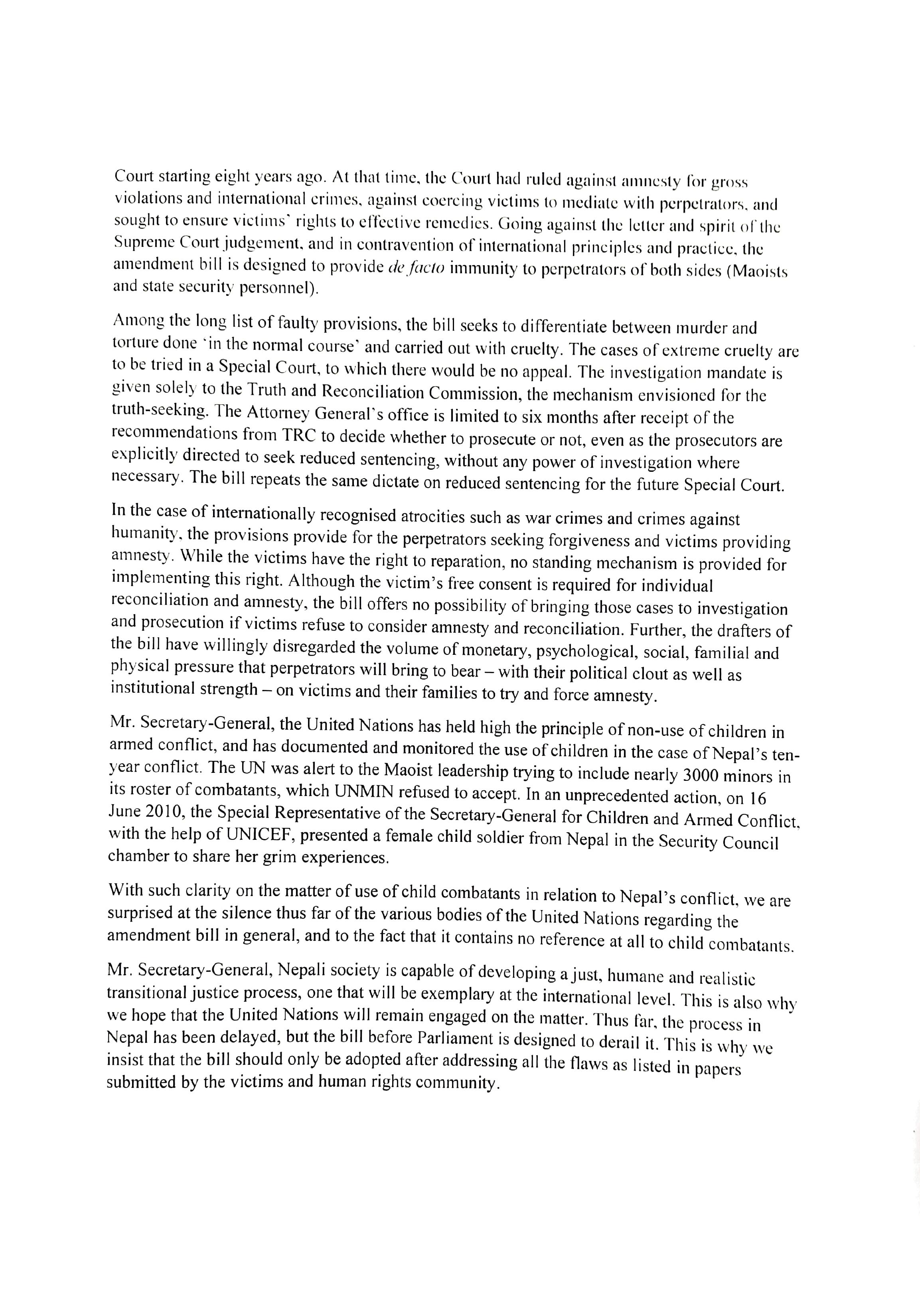 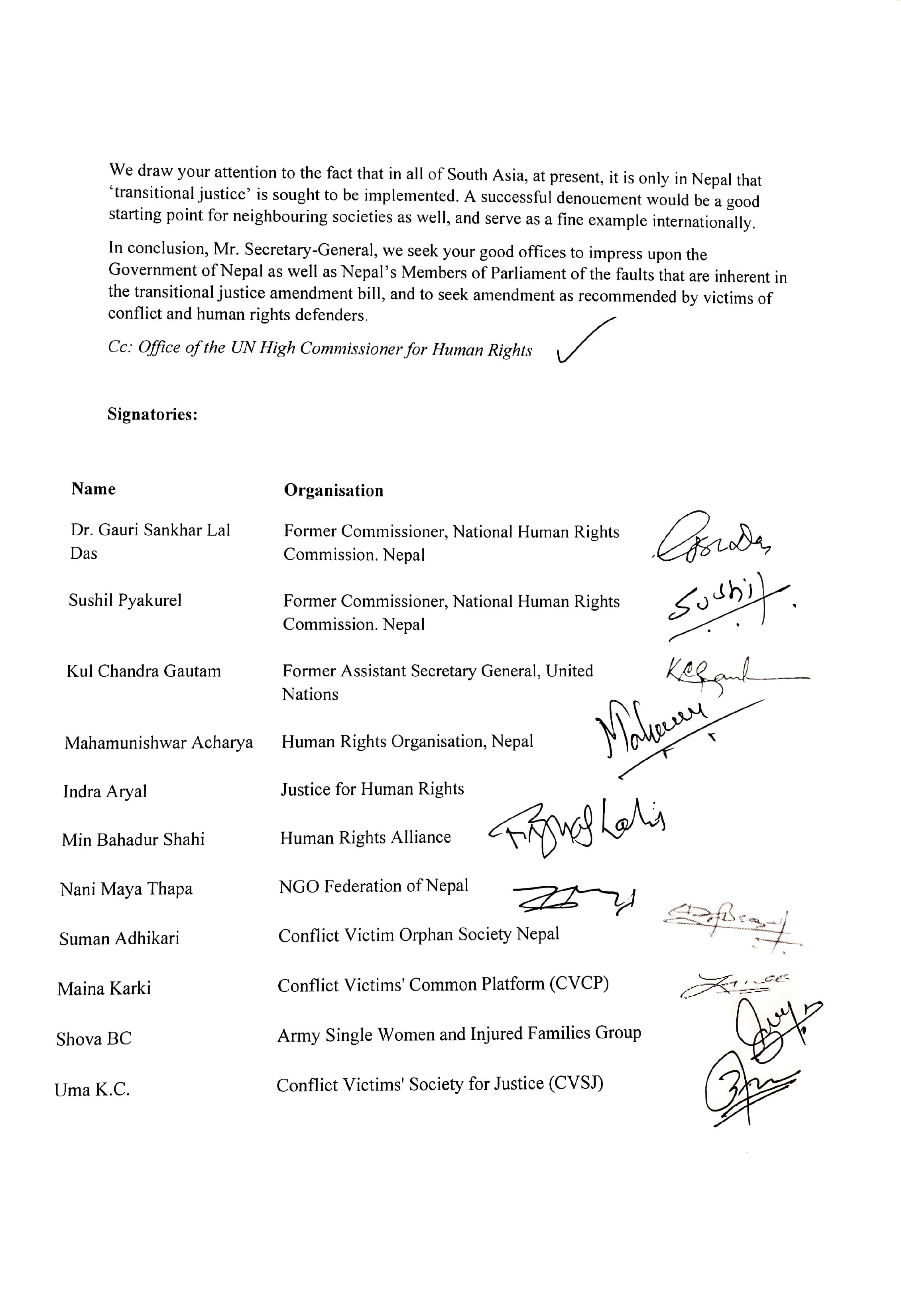