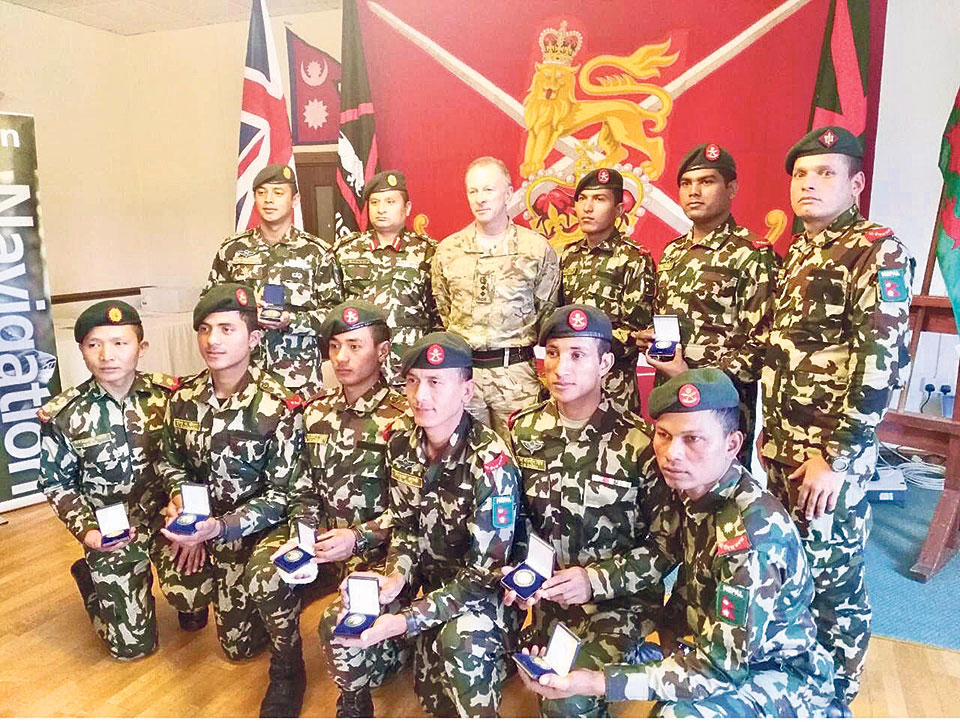 A 10-member NA team led by Major Aayush Rana had reached the United Kingdom to participate in the exercise held from October 13 to 22. The Gorakh Box Battalion had participated in the event on behalf of the NA.

According to British military website, Cambrian Patrol is arduous and concentrates on leadership, teamwork, physical fitness and achieving the mission. "It is conducted for the benefit of units and there is no final order of merit. The exercise is designed to be within the capability of any well-led and well-trained patrol from any Arm or Service," it said.

The exercise involves passing through nearly 50 kilometers distance in difficult terrain in two days where a participant carries logistics and equipment weighing about 50 pounds. The participating teams must cross the specified locations including rivers based on the preparation of war, maps and compass and also manage injured persons and identify and take precaution of explosives planted in their path.

Started some 50 years ago, the exercise is held every year in Wales and is delivered by HQ 160 Infantry Brigade on behalf of CLF. The aim of this exercise is to provide a challenging patrol exercise in order to enhance operational capability.

A total of 111 British army teams and 139 army team of various 28 participating countries had joined the event this year. Nearly one third of the total teams had failed to even complete the patrol exercise.

Army Spokesperson Brigadier General Nain Raj Dahal told Republica that this is the first time Nepal Army bagged gold in the exercise although it had been participating in the event since the last five years.

“We had secured bronze and silver medals in the past but this time we won gold,” Brig Gen Dahal said.

PHOTOS: Bishalbazaar area in Kathmandu sealed off until August 21 after a local tests positive for COVID-19
20 hours ago

PHOTOS: Bishalbazaar area in Kathmandu sealed off until August 21 after a local tests positive for COVID-19
20 hours ago