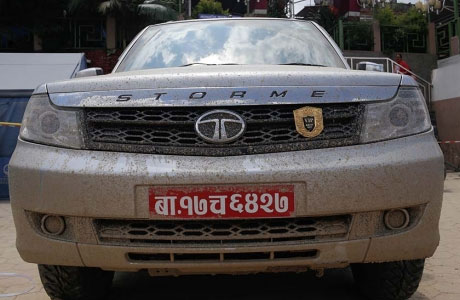 RASUWA, Sept 7: Arousing enough suspicion, except at the Nepal-China border check point, there is no registration record of the vehicle Tata Safari jeep, Ba 17 cha 6427, used for transporting 88 kilos of gold recently.

According to police, there are three other security check points of Nepal Police, Armed Police Force and the Nepal Army at different locations along the way from Rashuwagadhi to Betrawati.

In the course of investigation, two drivers have been arrested in connection with a case related to gold smuggling from Chhetrapati of Kathmandu few days back.

They allegedly helped smugglers in transporting the contraband onto Nepali territory from China via road and have been sent to Kathmandu for further investigations.