Neanderthal-like features in 450,000 yO Italian teeth shine light on evolution 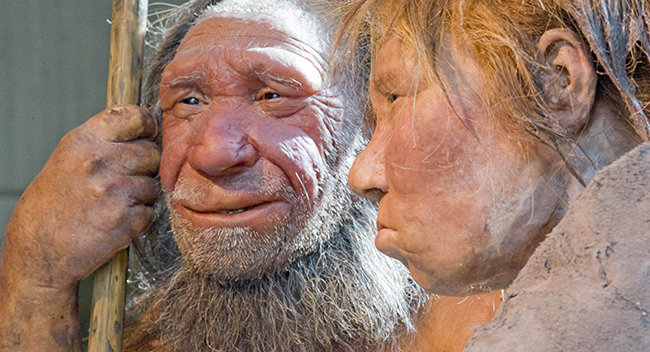 ITALIA, Oct 7: Dental remains have found in Italy, testified to a peopling phase during a stage associated with one among the harshest climatic conditions in the Northern hemisphere during the entire Quaternary period.

Fossil teeth from Italy, among the oldest human remains on the Italian Peninsula, showed that Neanderthal dental features had developed by around 450,000 years ago.

At around 450,000 years old, these teeth join a very short list of fossil human remains from Middle Pleistocene Europe.

"Together with the large samples from Atapuerca Sima de los Huesos, Spain, and Caune de l'Arago at Tautavel, France, the remains from Fontana Ranuccio and Visogliano are among the few mid-Middle Pleistocene dental assemblages from Western Europe available for investigating the presence of an early Neanderthal signature in their inner structure," the study claimed.

The researchers used micro-CT scanning and detailed morphological analyses to examine the shape and arrangement of tooth tissues and compared them with teeth of other human species.

They found that the teeth of both sites share similarities with Neanderthals and are distinct from modern humans.

"This study provides additional evidence indicating that an overall Neanderthal morphological dental template was preconfigured in Western Europe at least 430 to 450 ka ago."

The study also concluded that existence of early to mid-Middle Pleistocene dentognathic specimens showing none or few Neanderthal-derived traits in their inner tooth structure, also indicated that other "human groups, not necessarily related to the Neanderthal lineage, may have existed in Eurasia around the same period."

Italy bridge designer warned in 1979 of risk of corrosion

Totti still the King of Rome on his 40th birthday

As many as 1,673 cases of violence against women recorded in the past six months
23 hours ago