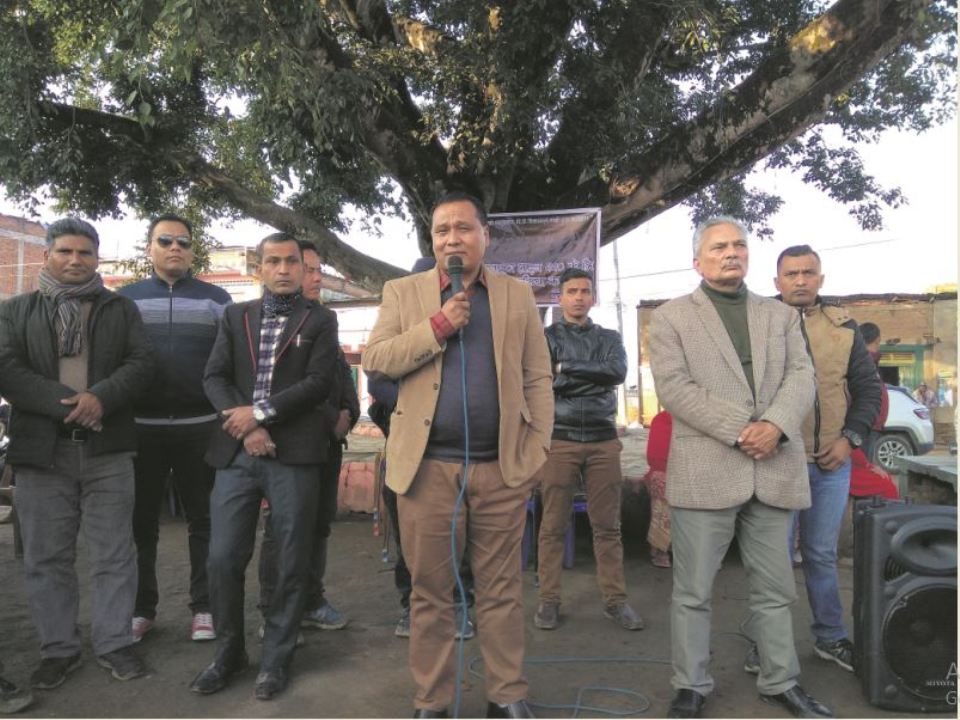 As per the new design, 16 towers will be built on 5.6-kilometer stretch between Garambesi of Lamjung to Palungtar of Gorkha. Locals have been protesting the decision to take transmission line though their villages and farmland.

There, however, is no problem in construction of transmission line in Lamjung side.

After the locals objected to the new design, a committee has been formed under lawmaker Chudamani Khadka in the initiation of Minister for Energy, Water Resources and Irrigation Barshaman Pun to resolve the differences with the locals. The committee consists of provincial assembly members, mayors and deputy mayors of Palungtar Municipality as well as a representative of Ministry of Urban Development.

Speaking at an interaction program, former Prime Minister Baburam Bhattarai, who is also the member of parliament from the area, said needful studies should be carried out to find the best alternative. "If there is no option, the transmission line project should be implemented by minimizing its impact," he added.

Similarly, Managing Director of NEA Kulman Ghising requested the locals to help the project arguing that the route has been designed after detailed technical study for minimizing social and environmental impacts. "The earlier route was the best one. But we had to change it due to CAAN's objection," he said, adding: "If we do not want to obstruct operation of the airport, we have to accept the new design."

Also speaking at the interaction, Sarita Maskey, deputy secretary at the Ministry of Urban Development, said both the routes in discussion will not affect the plan to develop Palungtar into a smart city.

A CAAN official, however, said that construction of transmission line on the Marsyangdi River banks will affect the airport. "We are starting work to upgrade the airport from the current fiscal year. Transmission towers will make operation of flights from the airport difficult," Krishna Prasad Poudel, deputy manager of CAAN, said.

NEA is building the 113-km transmission line for evacuating energy generated by hydropower projects being built in the Marsyangdi River basin.

KATHMANDU, May 15: The process to construct the proposed 400 kV new Butwal-Gorakhpur second transnational transmission line between Nepal and... Read More...

KATHMANDU, Jan 13: A task force has been formed to solve the problems facing the Koshi corridor transmission line project in... Read More...