KATHMANDU, Feb 9: Chairperson of the Dahal-Nepal faction of the ruling Nepal Communist Party (NCP), Pushpa Kamal Dahal, has said that they have appealed to the international community, including neighboring India and China, to extend support to their ongoing battle against Prime Minister KP Sharma Oli's move to dissolve the House of Representatives.

Talking to representatives from various international media based in Kathmandu, Dahal said that they (his faction) are in touch with the international community including India, China, European Union and the United States to convey their message.

He also said that the party faction is going to hold an interaction with the international community and brief their position on the evolving political situation following the dissolution of parliament.

Responding to a media query whether his faction would take part in the elections scheduled for April 30 and May 10 this year, Dahal said that his faction is not against elections.

"We are not against elections. But, there is a very slim chance for the same," he said adding that the country is plunging into a serious political crisis triggered by the dissolution of parliament. 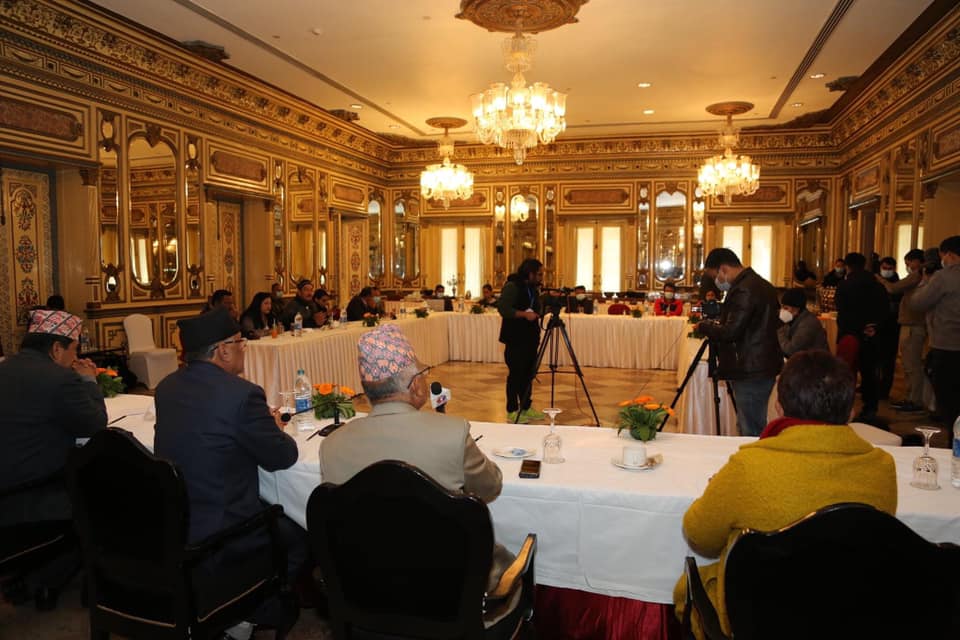 Dahal, who was flanked by Madhav Kumar Nepal, the other chairperson of the faction, during the press meet, said that the dissolution of parliament was an attack on the country's hard-earned constitution, federalism, democracy and the entire peace process. On a separate note, Dahal expressed hope that the Supreme Court will issue a verdict that matches the spirit of the constitution.

"We believe that the apex court will work independently and not uphold the government's move to dissolve parliament which is totally unconstitutional and undemocratic," he said.

Dahal said that they are tirelessly working to protect the constitution and democratic polity.

The Dahal-Nepal faction, which is struggling hard to get official recognition from the Election Commission as the legitimate NCP, is holding a mass gathering in Kathmandu, on Wednesday. The faction has already held a series of protest demonstrations against the House dissolution.

Talks on with NC, JSP to launch joint struggle against House dissolution: Dahal

PM Oli is not in favor of holding elections, claims NCP Chairman Nepal