KATHMANDU, Jan 15: Nepali Congress (NC) is staging nationwide protests against the dissolution of the House of Representatives (HoR) in all 753 local units of the government on Saturday.

NC has been staging protests and preparing for a pre-announced midterm election together.

President Bidya Devi Bhandari dissolved parliament and announced a midterm election last month. Following the government’s move, protests and demonstrations have erupted across the country demanding the restoration of parliament.

However, Prime Minister KP Sharma Oli and his government is determined to hold elections and back the house dissolution. Election Commission and Ministry of Home Affairs have already begun preparations for election.

Meanwhile, writ petitions filed against the dissolution of HoR remain sub judice at the apex court.

Issuing a press statement today, NC President Sher Bahadur Deuba appealed to one and all to actively participate in the protests against the government’s move to dissolve parliament on Saturday. 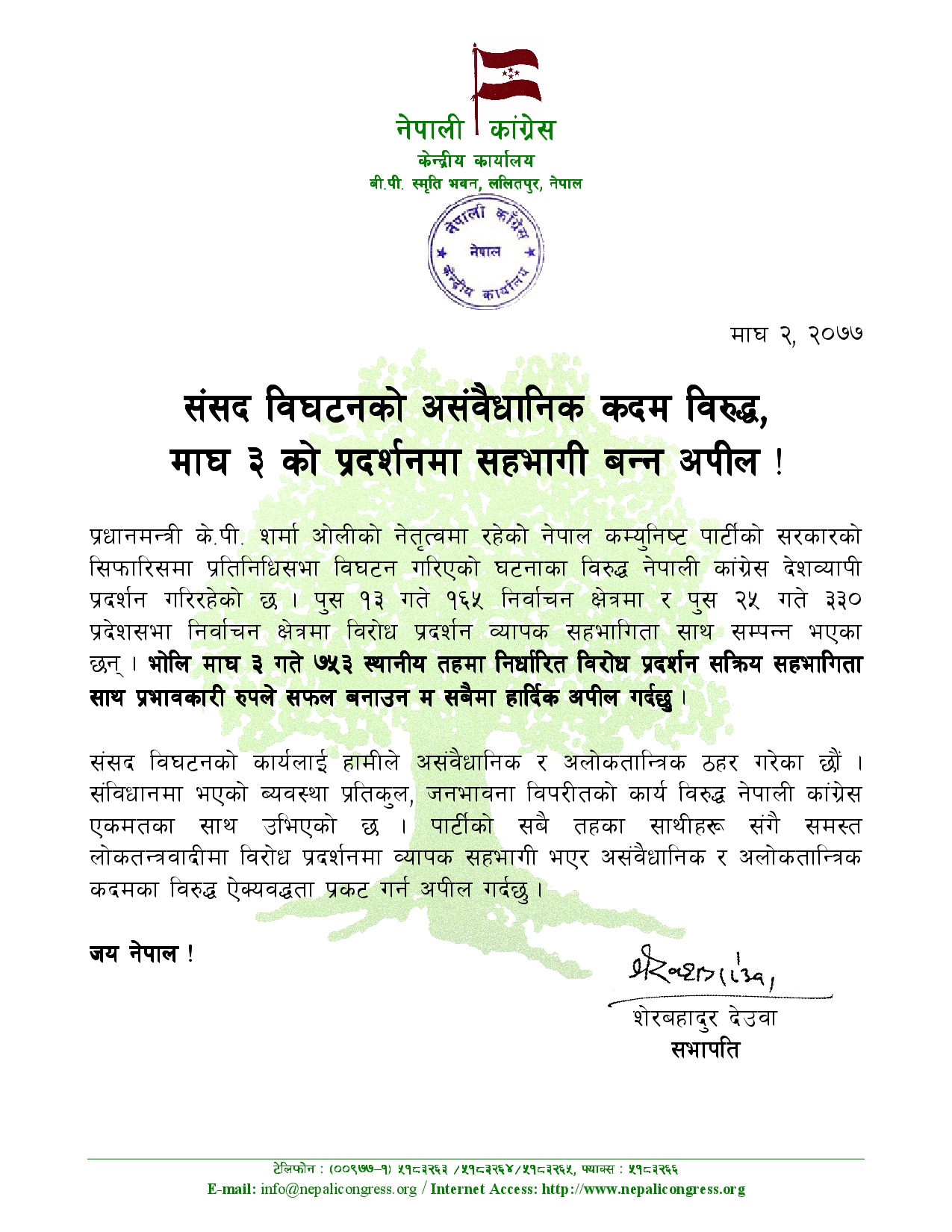 KATHMANDU, Feb 13: The seventh edition of Himalayan Outdoor Festival is all set to commence from February 16 to 18. The... Read More...

The month since Myanmar's military coup
24 minutes ago