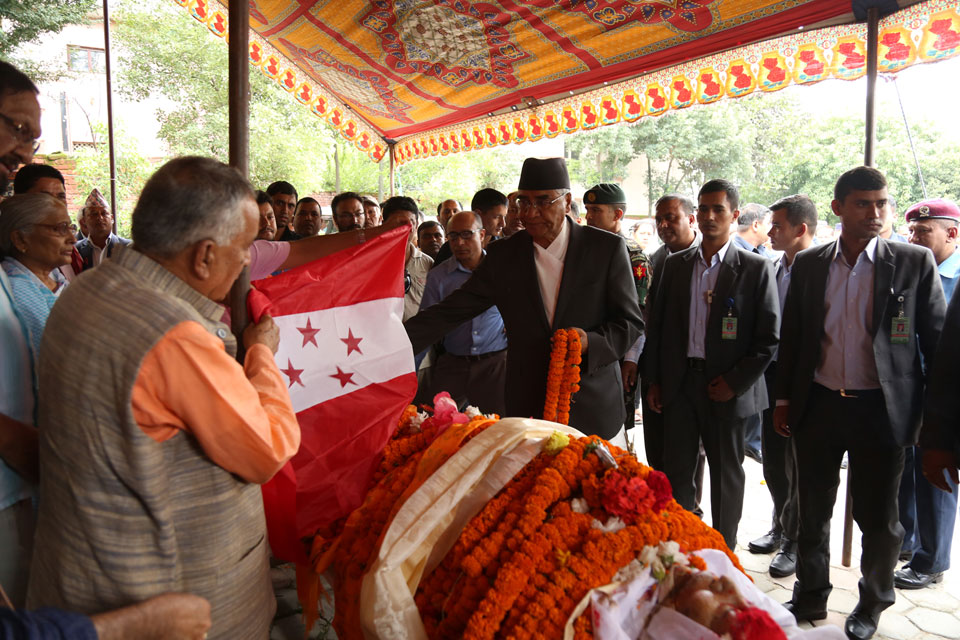 Joshi known as the Gandhian and socialist leader in the Nepali politics passed away at 7:30 at the Dhapasi-based Grande International Hospital at the age of 91.

Joshi, a patient of asthma and pneumonia, was admitted to the hospital after he was hurt when he slipped in the bathroom of his residence on July 5. He was living at his relative's house at Nakhkhipot, Lalitpur.

His last rights will be performed at the Pashupati Aryaghat today itself, the party said.
Born in 1983 BS in Sarlahi, Joshi remained unmarried throughout his life. He had spent sometimes of his life as the head master of Hariaun-based Chaturbhujeshwor Janata Secondary School, Sarlahi. He had spent the total nine years of his life in prison for joining movements for the party and democracy in the country. He had been elected the member of the parliament during the 2048 BS and 2051 BS elections from his home district Sarlahi. He also held the portfolio of the Minister for Tourism and Civil Aviation in 2048 BS in the Girija Prasad Koirala-led cabinet.

KATHMANDU, May 7: As the rift between the establishment and rival factions of the Nepali Congress (NC) deepens, senior leaders... Read More...