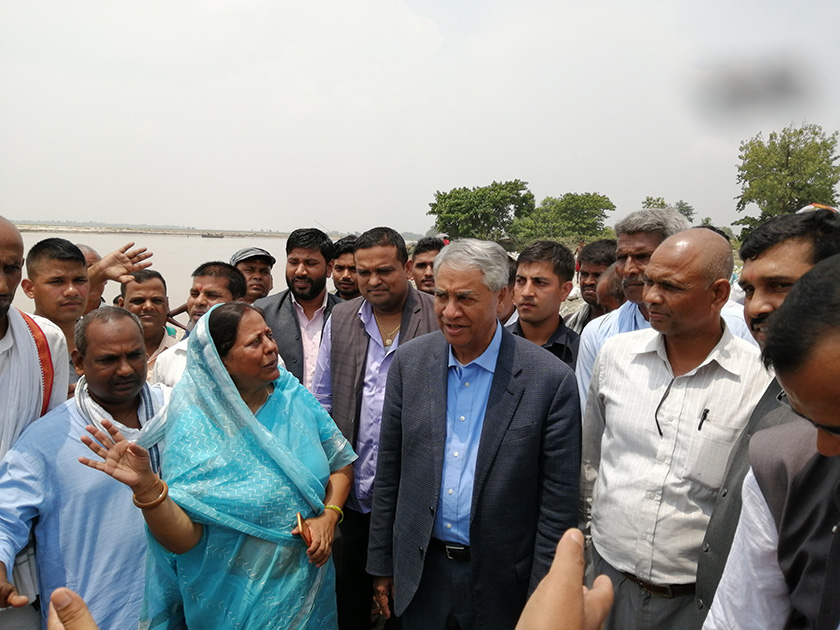 SIRAHA, July 19: A team of leaders of the main opposition Nepali Congress including its chairperson Sher Bahadur Deuba visited the flood-hit areas in Siraha district to take stock of relief efforts on Friday.

During the monitoring visit, NC chairperson Deuba also attended a program organized at Tulsipur in Aurahai rural municipality-2. Speaking at the program, Deuba said that the flood victims in the flood-hit areas were suffering due to government’s unwillingness to provide them with relief materials promptly.

He said his party would help the flood victims by collecting fund from their salaries though his party was not leading the current government.

He also said that his party would raise the issue of the government’s apathy toward relief operations strongly at the coming meeting of the House of Representatives.

“The meeting of the House of Representatives has been adjourned for seven days. After the meeting begins, I will raise the issue of relief operations very strongly,” said Deuba.

He also accused the government of being apathetic towards the plight of the flood victims.