The complaint was filed following a decision made by a meeting of the party’s Parliamentary Party Working Committee, held on Wednesday.

The meeting concluded that the Election Commission should take action against Prime Minister Oli and Minister Shrestha for making statements breaching the election code of conduct.

Prime Minister Oli, who is also the chairman of the ruling CPN-UML, appealed for votes for the party’s candidate Ram Bahadur Thapa Badal in the National Assembly by-election in the silence period. Similarly, Education Minister Krishna Gopal Shrestha also issued an appeal in favor of Thapa on the eve of the poll day.

In a letter sent by the NC Parliamentary Party Office, the NC urged the EC to take action as per Articles 5 D (3) and (5) and (6) of the Election Code of Conduct-2015.

The election body on Wednesday indirectly asked Prime Minister Oli and others not to breach the election code of conduct as the silence period began from Tuesday midnight. 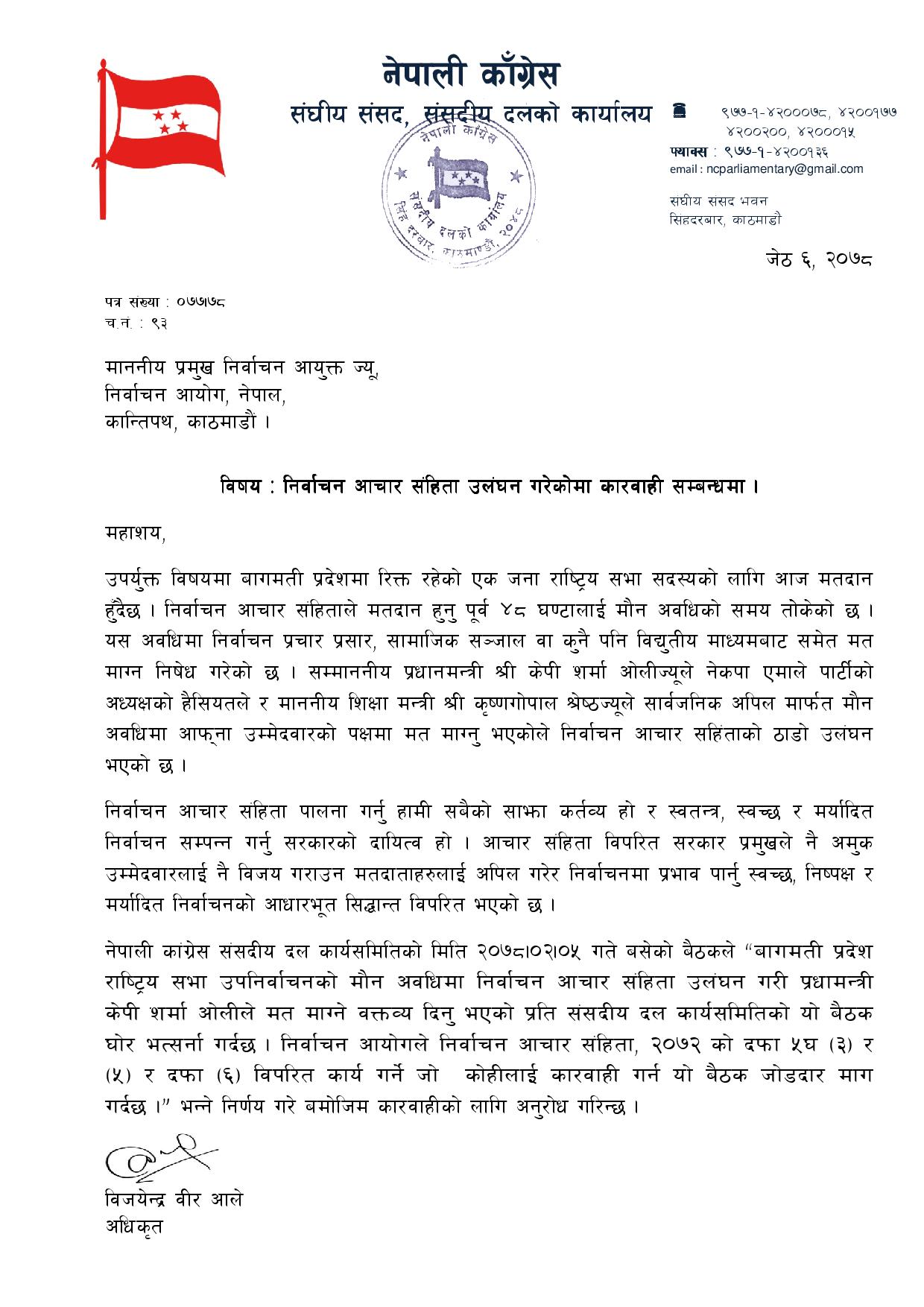 KATHMANDU, March 19: Election Commission on Sunday said that some of the parties including the ruling Nepali Congress and Rastriya... Read More...