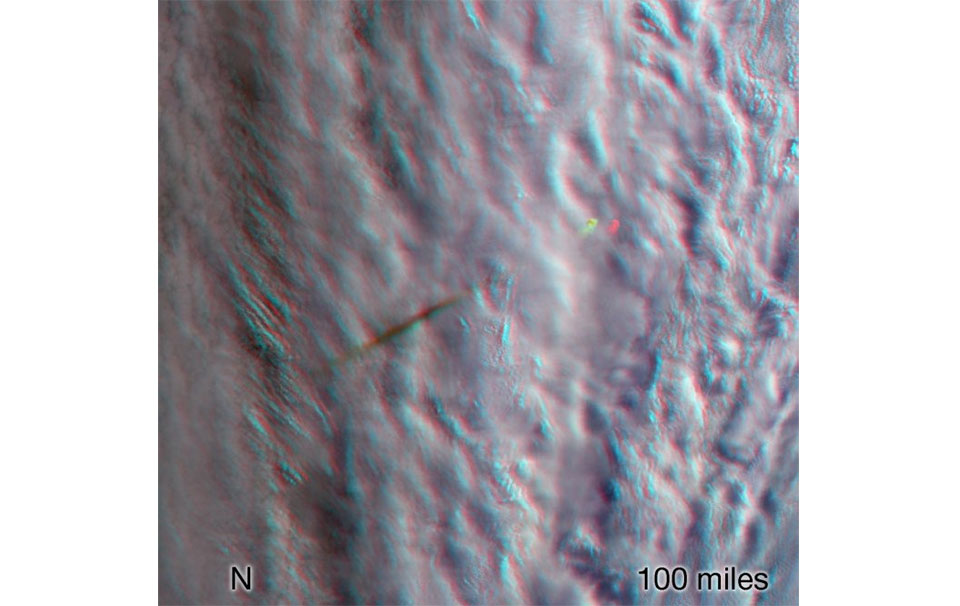 A meteor that exploded above the clouds over the Bering Sea in December was caught on camera by NASA's eyes in the sky.

Just minutes after the meteor burst apart on 18 December 2018, the Multi-angle Imaging SpectroRadiometer (MISR) instrument aboard the Terra satellite captured the scene in a sequence of images.

Clearly visible is the shadow of the bolide (or meteoric explosion) seen as a dark streak on the clouds below.

If you look closely, you can also spot the fiery orange cloud left behind from the meteor super-heating the air as it passed through at a speed of 115,200 kilometres per hour (71,600 miles per hour).

The explosion was the third most powerful we've recorded since 1900, exploding with the equivalent of 173 kilotons of TNT - over 10 times the power of the Hiroshima atomic bomb (15 kilotons).

However, since it occurred in a remote location, no one was around to see it.

That's good, though - it also means no one was around to be endangered by it, unlike the Chelyabinsk meteor, which injured over 1,200 people, mostly from glass flying from shattered windows.

Bolides are actually pretty common, although they're usually a lot smaller. NASA has logged 775 atmospheric fireballs since 1988, most of them over the ocean.

Process to bring Melamchi water to Kathmandu needs to be expedited: MP Singh
52 minutes ago