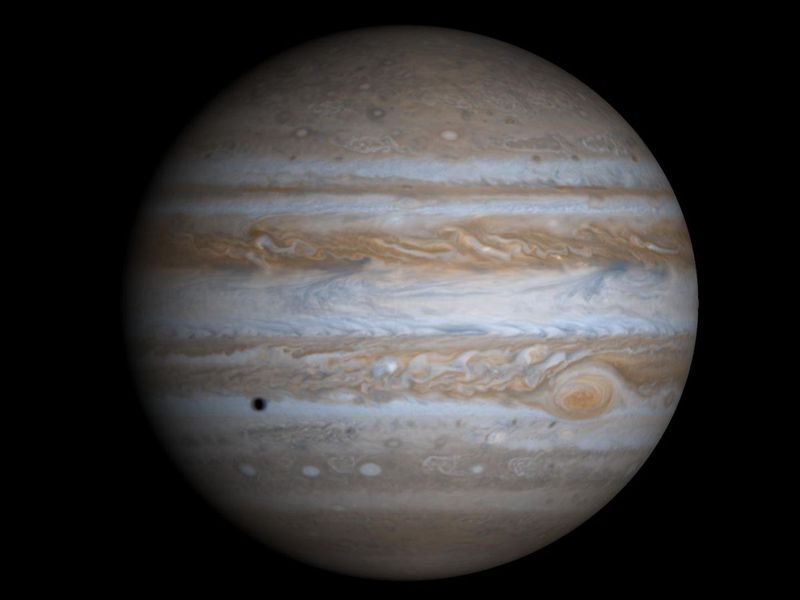 FLORIDA, June 11: The largest planet in the solar system will be close enough to see without a telescope this month, NASA says.

And, with a pair of binoculars, you may also be able to see a few of its moons.

According to the space agency, Jupiter will shine brightly in the night sky all throughout the month of June, with the best views likely to occur on June 10, when it reaches a point known as opposition.

Opposition means Jupiter will be aligned with Earth and the sun such that Earth sits right in the middle of the two.

‘It's the best time of the year to see Jupiter, as the planet is visible in the sky all night, and it's around the time when Jupiter is closest to Earth,’ NASA says.

But even if you can’t catch a glimpse on the 10th, the days before and after will make for good viewing, too.

Jupiter and its four largest moons – Io, Europa, Ganymede, and Callisto – will all be clear using nothing more than binoculars.

‘Jupiter is at its biggest and brightest this month, rising at dusk and remaining visible all night,’ NASA says.

'The solar system's largest planet is a brilliant jewel to the naked eye, but looks fantastic through binoculars or a small telescope,' NASA says, 'which will allow you to spot the four largest moons, and maybe even glimpse a hint of the banded clouds that encircle the planet.'

NASA has been studying Jupiter up close for the past three years since its Juno spacecraft arrived at the massive planet.

The space agency is hoping to unlock the secrets of its origin and evolution, which could hold clues to the formation of the early solar system.

Though we may not be able to see it from so far away, Jupiter is home to a tumultuous atmosphere with swirling cloud belts and infamous storms, including one known as the Great Red Spot.

The United States has called on Australia and Canada to develop rare earth mineral deposits after China threatened to stop... Read More...

WASHINGTON, May 14: The Trump administration asked Congress on Monday to increase NASA spending next year by an extra $1.6... Read More...