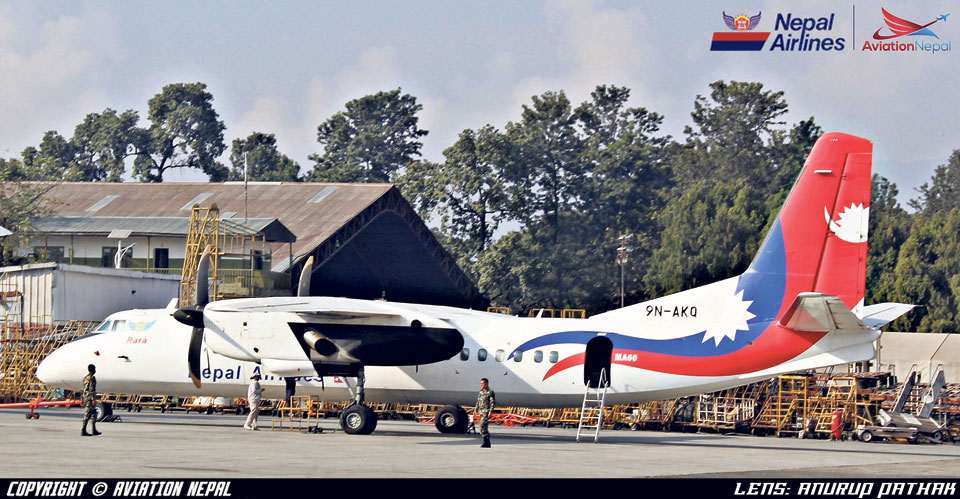 KATHMANDU, July 18: Former chair of Federation of Nepalese Journalists (FNJ) Dhermendra Jha had to struggle to get a ticket from Nepal Airlines (NA) to fly from Dhangadi to Kathmandu on July 7. He felt relieved when he got a ticket with support from a friend as NA officials told him that all seats were already booked.

But as he boarded the plane, he was surprised to see several seats empty.

“I was returning from Dhangadi and I tried to book NA ticket for July 7 but they said that all seats were already booked for that day and could not arrange any ticket,” he added. “I somehow arranged a ticket with support from a friend and when I boarded the plane I found almost 20-25 seats empty.”

At the airport, he found all seats occupied in Buddha Airline flights whereas NA was flying with only 75 percent passengers on the same day.

Another passenger got similar experience with the NA. Lekhnath Pandey, a lecturer of Journalism at Ratna Rajya Campus in Kathmandu, who returned from Dhangadi on June 11 in a NA flight, said that he inquired about the empty seats. In reply, he was told that sometimes flights cannot carry passengers in all seats due to weather-related conditions. “I did not face ticket problem. But when I saw empty seats I inquired with a flight attendant. They replied that in summer planes cannot fly with full seats occupied due to weather.” However he also said that Buddha air was flying with full seats occupied.

Loksari Kunwar, a local from Dhangadhi currently living in Kathmandu said that she has been facing this problem for a long time. She said the NA usually flies with empty seats. “This is the fourth time I am facing ticketing problem in the NA,” she said, “I was returning from Dhangadhi to Kathmandu on June 13 and almost 20 seats were empty. That was my third time so I enquired with officials but did not get any response from anyone.”

She said last time when she was returning from Dhangadhi she found at least 10 seats were empty while the previous day people were having trouble getting tickets. Moreover due to rainy season, traveling by road is not safe so people usually choose air routes. On the one hand, getting tickets in Buddha Airlines is difficult because they are always full and on the other, the NA gives unnecessary hassle for passengers to get a ticket.

Managing Director of the Nepal Airlines Corporation (NAC) Sugat Ratna Kansakar said that most of the people do not know about the load factor, a technical matter of flights. “Generally the aircraft could not handle the load pressure during summer. So we have to fly with some seats empty especially in summer,” Kansakar said, “It depends upon plane’s engine condition and we need to check whether it can handle the pressure or not.” Kanskar claimed that NA is not operating empty flights except with some exceptional case like seasonal and technical problems.

NAC spokesperson Rabindra Shrestha agreed that the airlines is flying with some empty seats for some official reasons. “NA flights are part of government service so it has to be responsible toward both public as well as the government,” he said, “Sometimes passengers who have pre-booked tickets do not show up. Similarly we always have to keep some seats reserved for government officers.” However there are several reasons including technical ones, but that does not mean the NA always flies with empty seats, he added.  Recently only two airlines, Buddha and Nepal Airlines, are operating on the Kathmandu-Dhangadhi sector.

Safety is an issue for every airline, and it is more so for Buddha Air. Even the smallest of details... Read More...

Drones are here to stay. Get used to it