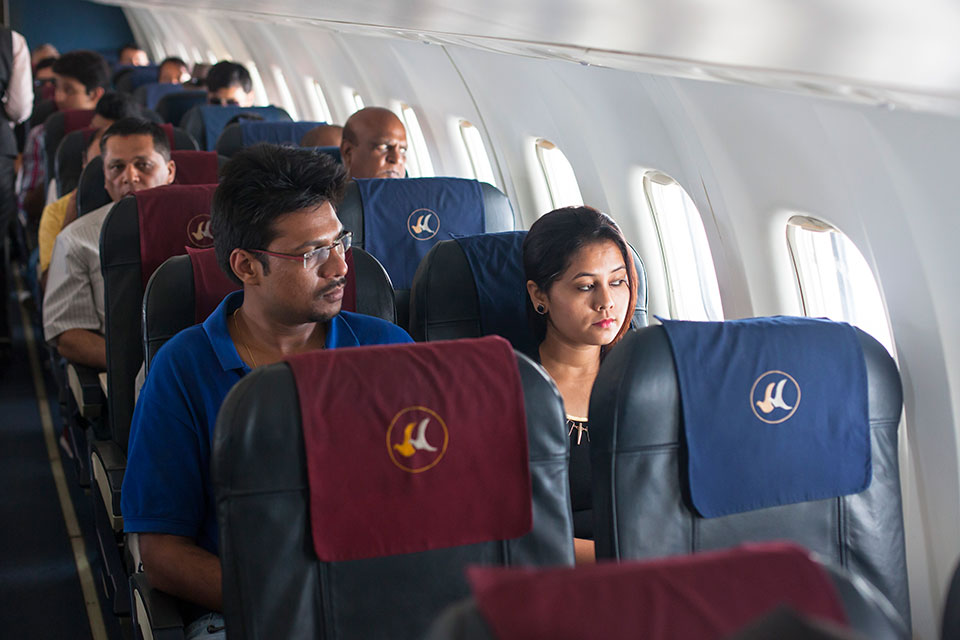 Managing payload is an issue that every airline has to deal with. At Buddha Air, it’s done with efficiency to get you to your destination safe.

KATHMANDU, June 7: Safety is an issue for every airline, and it is more so for Buddha Air. Even the smallest of details matter when it comes to aircraft safety. Airlines have to do so by even compromising on their revenue. When you think about it, if all the seats in the aircraft are filled, then the profit is maximized for the airline company. But at times, they have to keep some of the seats empty so that payload is efficiently managed, and in turn sacrifice some of the revenue. There are already tons of calculation going in the background to determine the optimum number of passengers and cargo to be carried to ensure safe take-off and landing. Hence, the empty seats. At Buddha Air, the internal protocol and the system ensures the process is carried out diligently.

To understand why airlines have to leave seats empty, we must first understand the technical limitation of an airplane. “An airplane can carry only as much as the calculation permits to,” says Udaya Krishna Shrestha, Chief Flight Operation Engineer at Buddha Air. He further adds, “The calculations are very critical, especially for places like Kathmandu that is surrounded by mountains.”Altitude and terrains are critical in assessing the risk factor of an aircraft during take-off and landing.

What’s the calculation then? “There are structural limitations of an aircraft,” says Mr. Shrestha. He also adds that manufacturers state how much an aircraft can weigh when it takes off as well as when it lands, technically known as maximum take-off weight and maximum landing weight respectively. This limit defines the safety of an airplane. “If the actual take-off weight of the aircraft is less than the maximum take-off weight, then you are safe. If not, you’re not. Same is for the landing weight,” says BikalpaBomjan, Junior Flight Operation Engineer at Buddha Air.

There are, however, other factors that need to be taken into account too. “Variables such as location and condition of the airport, length of runway, atmospheric condition, climb requirement, braking conditions and others affect the maximum take-off weight and maximum landing weight,” says Mr. Bomjan.

“Payload is the weight of the carriage that has been paid for,” says Mr. Shrestha. It consists of weight of the passengers, their baggage, and the cargo. The calculation of the payload is one of the factors that define if a departing flight is safe or not.  It is done minutes before take-off. It can be done manually too, but manual calculation is avoided at all costs due to chances of error.To make sure there isn’t even slightest error, a payload calculation software ‘BHA load and trim sheet software’, developed by skilled Flight Operations Engineers with extensive knowledge and experience in the airline industry, is used at Buddha Air.  Payload calculation is performed to take in account of not only the weight of the payload but also of the location to maintain the weight in the aircraft to ensure balance and safety.

The data is then forwarded to ground handling section and load master who place the passengers and the cargo accordingly and respectively. The professionals involved verify each step to ensure the entire process is carried out diligently.

Mr. Shrestha and his team have been relentlessly working to ensure flight safety and if you’re on a flight and see empty seats around you, it is for your own safety.  Especially if you’re on Buddha Air, feel secured because they have been doing their best in fulfilling their motto“Safety Our Priority”.