My struggle with widowhood 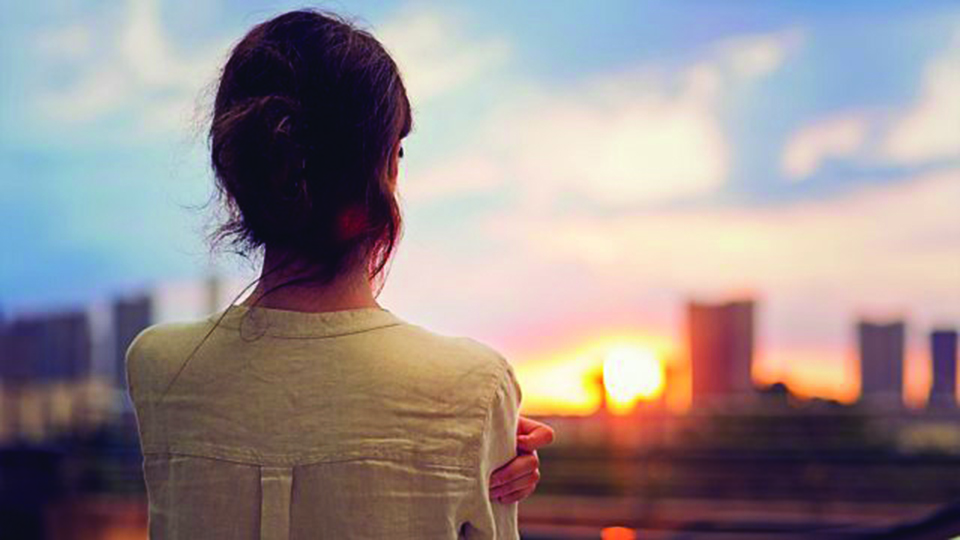 The author is a founder of Women for Human Rights, Single Women Group
news@myrepublica.com

A man marries another woman just after completing 13 days of death rites of his wife but a wife, when widowed, is doomed

A widow takes three incarnations within her total life span: She is born as a daughter and a sister, after marriage, she becomes a wife and a mother, and when her husband dies she has to be reborn as a widow. This is the most exasperating phase of her life.

My life sprouted in the cozy lap of a well-off family in Kathmandu with all the facilities and comforts that anyone could imagine. I bloomed as a stunning Lily in the garden of my parents. I never had any reasons of making myself sad. I was 17 when I realized a daughter is to be the entire reputation of the family whatever the family condition is and that her chastity means everything for her and the whole clan.

I had a passion to complete higher degree, but I was called back from India where I was going to pursue my Master’s degree. My ill father wanted to see his eldest daughter get married. My wedding had been fixed with an Army doctor from a well off family.

I got married with one of the most eligible bachelors in the town and was going to be artistically set in their interior vase. I took another incarnation of my life, the biggest dislocation in a female’s life from her parent’s garden to in- laws’ vase. I had countless responsibilities on my shoulder at a tender age.

In Nepal, early marriage limits a girl’s education, increases her vulnerability to various forms of violence, increases chances of adolescent pregnancy, restricts her decision-making authority within the family and undervalues her status in the household and the family. Some of these conditions applied in my case as well. When I became a daughter in law, my further study was limited.

My man loved me in every possible way till I was 29. But then he had to leave me with his three little sons far behind the seven oceans. Between these years, I had adjusted myself in a new environment.

Despite the distance our love was growing. We communicated through telegraphs and telephones. I spent sleepless nights thinking about him. I wanted to see him, feel his presence and rest in his arms. And then I received a call of my husband’s sudden demise in Iraq where he was working in a peace mission. The world ended for me. I collapsed. When I woke up I was not the Lily I had been.

His dead body was brought back. Until a day before his death, all family members loved me. They were proud that the Lily on their vase attracted every passerby’s attention. The day after my man’s demise, they started calling me ominous, alacchini, who took their son’s life.

I was not allowed to use anything red. All these norms are believed to be set in order to forbid the recently widowed woman to look attractive, lack sexual power and look more vulnerable. She becomes the prey of physical and sexual assaults and harassments, accused of various sexual misdeeds, deprived from property rights, given insufficient food with low protein supplements and prohibited to freely move out of the household premises. Also Hindu mythology would have us believe ‘self control’ and ‘patience’ are the most for a widow, to secure her place in heaven.

My entry into the realm of widowhood was full of struggles and challenges. The Lily that lost its vase was alone with its little buds and got faded by the darkest thunderstorm of life. The rituals forcefully washed off my siindur, snatched my potes and smashed my bangles and all ornaments.

Previously, I had never realized that society doesn’t acknowledge a woman without her man. A woman carries several identities—she is born in her father’s home and acquires her surname from father’s lineage, when she gets married she gets her husband’s surname and when she has her children she is addressed as somebody’s mother. Where cannot a woman independently exist?  I had never thought that along with the death of my husband I would have to compromise with all my desires, hobbies and interests. When my little son asked me about his father, that was the most intolerable thing for me. I would console him by saying he went to meet God. I cried more for my children than for my dead husband.

For the first time in my life, I felt lonely and disliked. The daytime was easy for me as I had to keep myself busy with various household chores and with my sons but the nights were like nightmare. I couldn’t sleep for the whole nights. My eyes remained open staring at the door expecting my husband to return. I couldn’t control my emotions and wanted to leave my children in their grandparents’ house, as I felt that I was the only person abandoned by the family. Many times I reached up to the door to end up myself, and then I wanted to see my sons’ faces for the last time. And they held me back.

I could not participate in religious ceremonies, nor could I wear what I wanted. The Lily that loved to bloom in red had faded down in the white color. Restrictions existed everywhere. Widows are not even allowed to meet their parents till a year of their husband’s death.

Widows are believed to be inauspicious and are not invited in any of the religious occasions. They are said to bring misfortune in life. People postpone important work or spit frequently when they meet a widow to ward off bad omen.

One of my brother in-laws was going to get married and I was invited too. When I saw elderly women holding the trays of gifts for bride I also wanted to help them and held one of the trays. Suddenly, one of my relatives approached and said there are many others who could do it and there was no need for me to help them. I knew what she meant: they didn’t want me to touch the ‘auspicious’ tray.

This incident forced me to ponder why a man is not restricted to do various things even if he loses his wife. A man marries another woman just after completing 13 days of death rites of his wife but a wife, when widowed, is doomed. Can’t a widow get married with another man, like a man gets another wife just after his wife’s demise? Also, I wondered, if an educated woman from the capital city has to suffer so much as a widow, what might happen to uneducated women in the hills.

Numerous restrictions have been introduced with a fear that they would claim their late husband’s property and elope away with somebody else if they are allowed to do everything in their adulthood. And in the fear of getting defamed by the society and losing her right to her husband’s property a widow gets silenced.

As a result all these socio-cultural stigmas take widows into depression and they are psychologically traumatized. I used my widowhood for the welfare of widows like me. I have been fighting against the long established traditions which have imposed various restrictions on the life of widows. The major need now is to break the silence and the barriers that a woman faces after her husband’s death.

The author is a founder of Women for Human Rights, Single Women Group